I learned a new acronym today, ATGATT. It stands for all the gear, all the time. Today was another non-ATGATT day. With no armored gear, we rode into Zadar to get the ferry to the island of Uglian, just off the coast. Mac and I lost Martyn at one point as he rode down a pedestrian mall. We'd just missed the ferry when we arrived so we got to hang for a while and watch the view. 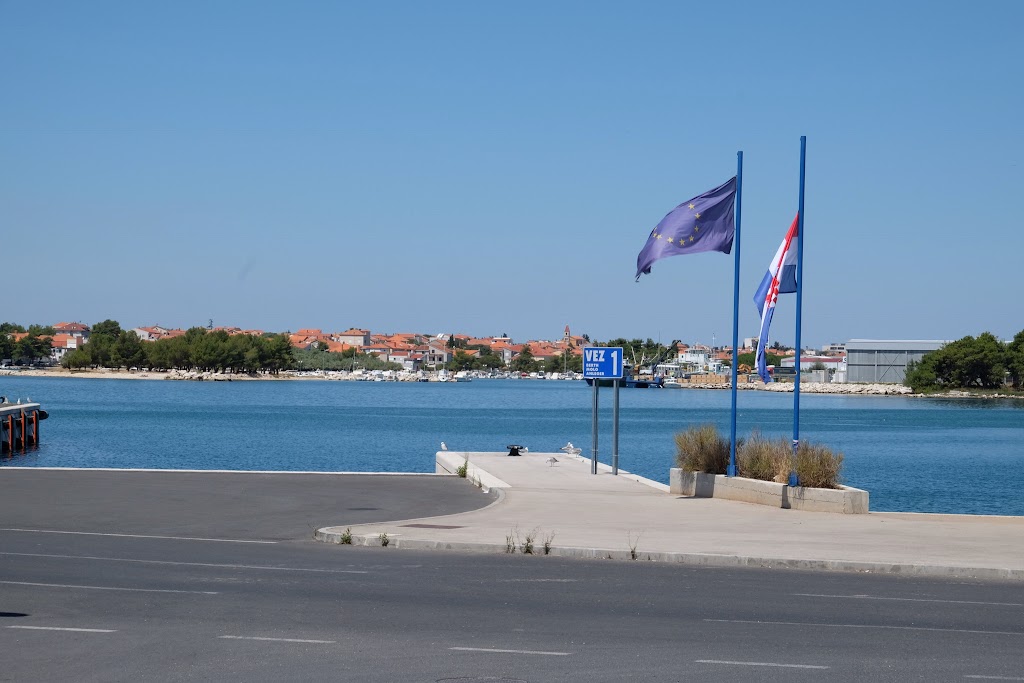 Once on the island, we rode to the most northerly point, wandered through an other pedestrian zone and then turned around to head south. The island was beautiful with some amazing and new houses. There has been a lot of EU investment there over the last few years. The main road actually has a bridge that links the north and south islands built with EU funds. 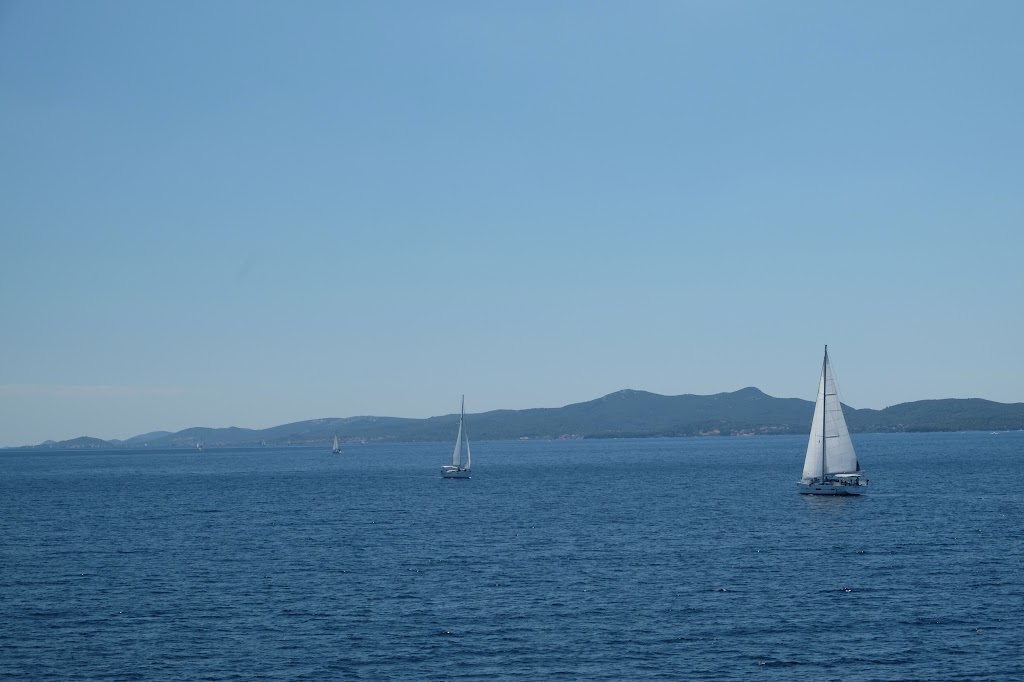 There is a lot of money coming to the island. We were blasted by a number of big Germany luxury cars, all with Slovenian plates. Lunch was a little fishing village down by the water. 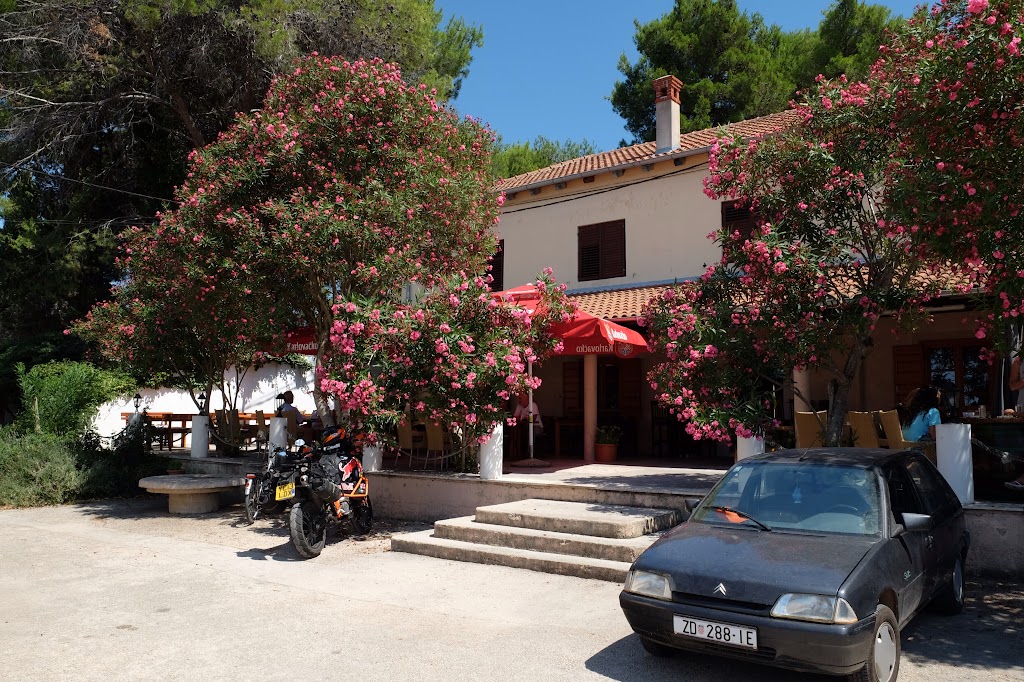 Right next door to the restaurant was a cute little church. 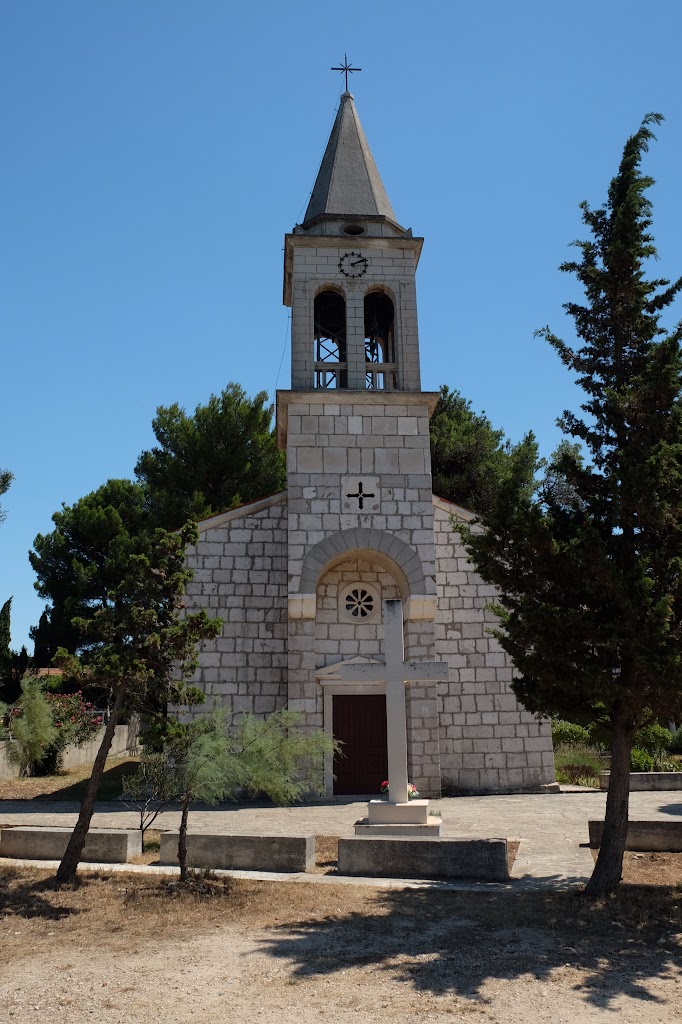 Behind the church was a grave yard which had enormous family plots. They could easily have measured 6 by 8 feet with a large 4 foot high sarcophagus above. Each headstone had pictures of those interred before they had died 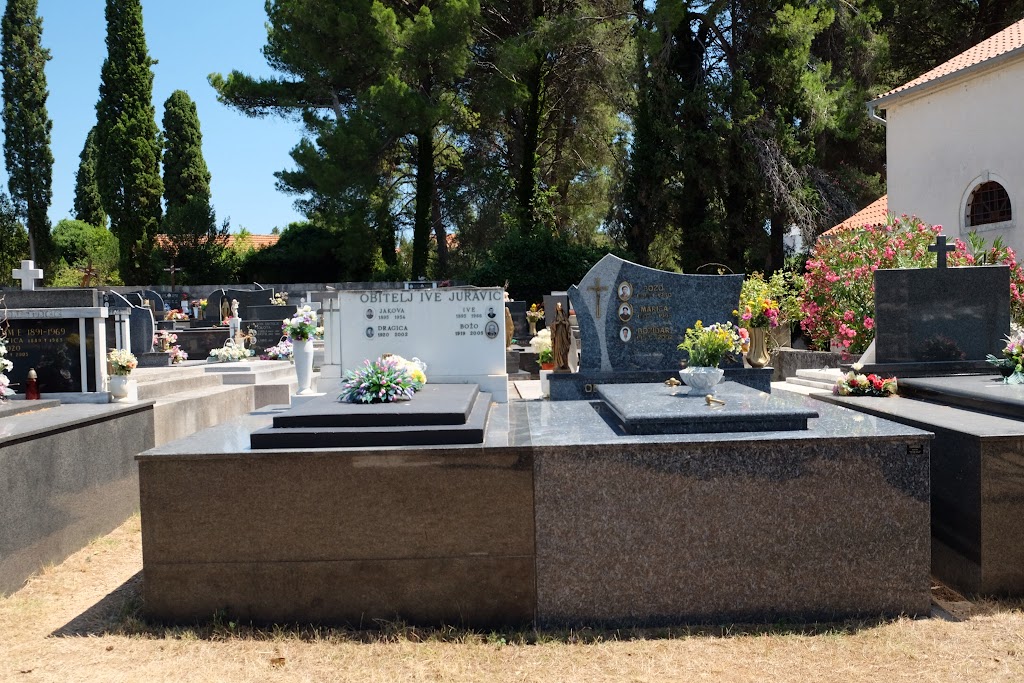 After lunch we rode into Tkon to take the ferry back to the mainland 20 kilometers or so south of Zadar at Biograd na Moru. I am sure that this is city named during the Tito era to attract Soviet visitors. While waiting we found ice cream and I promised to salt it it for Charlie. 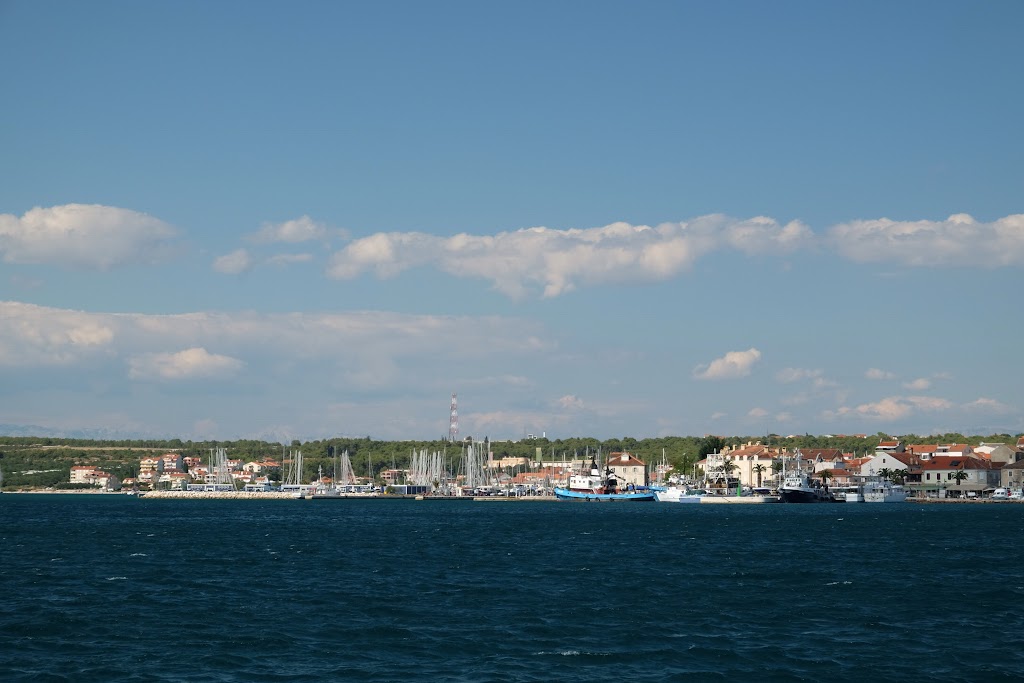 For dinner, we tried the campsite restaurant but that did not excite us so we used Yelp to find a place around the corner. It was called the Sunshine Cafe. It really should have been the sunset cafe. 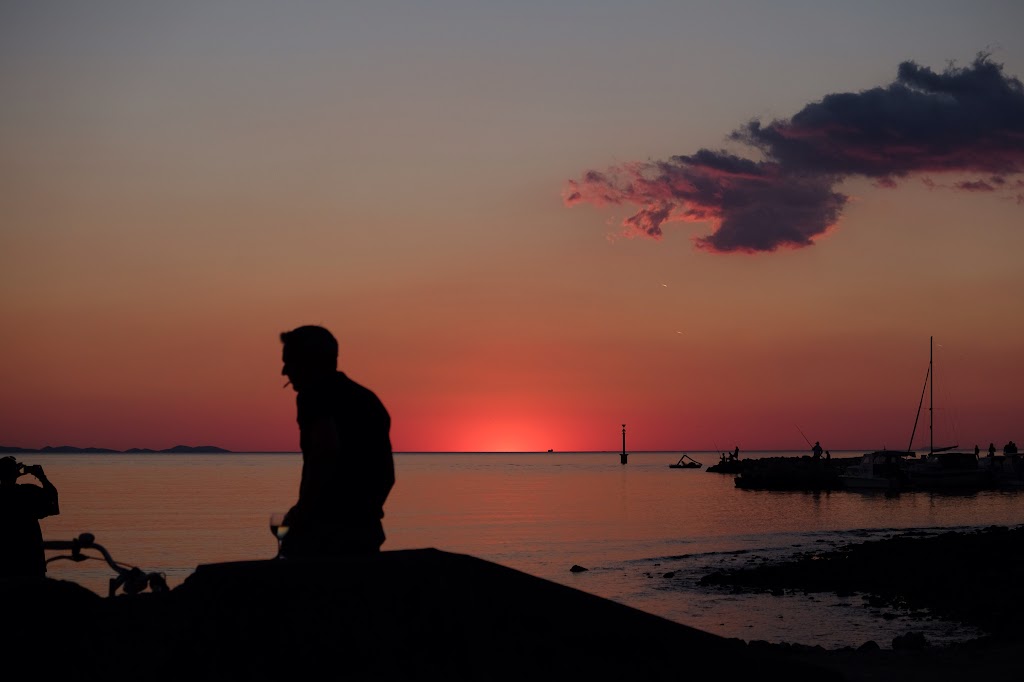