Today was the day the 1090 decided it wasn't for me. I found two stationary ways to put the bike on its side. The saddle bags don't look as pretty as they used to. After stopping at a Decathlon to buy a folding chair I was walking the bike backward out of a parking spot, caught the side stand and tipped the bike over on the other side. 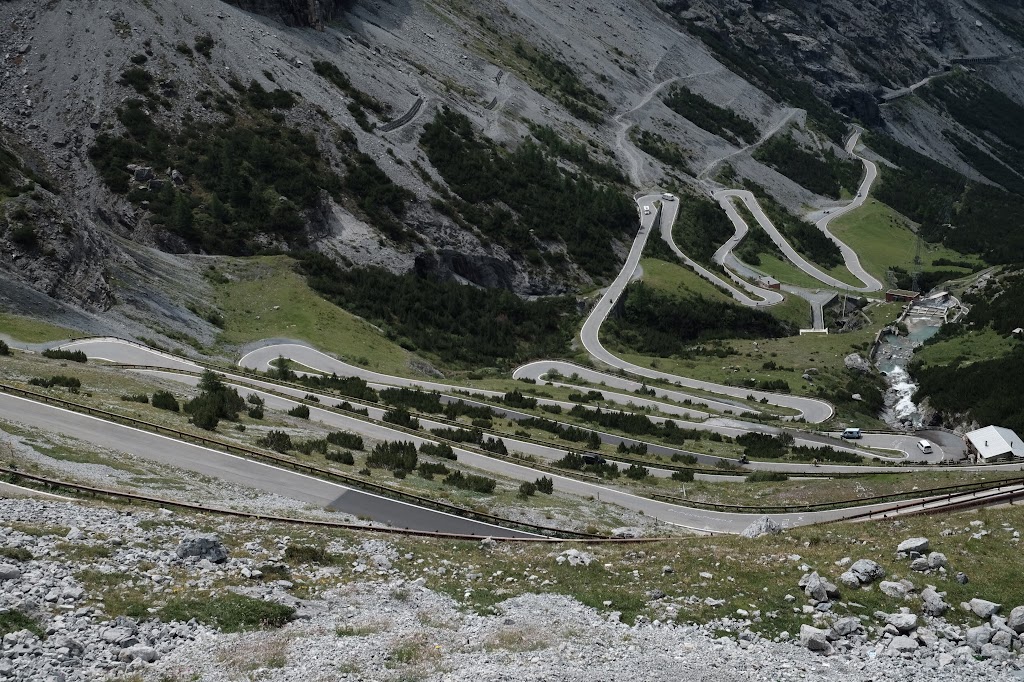 If you are a motorcycle rider, then the Stelvio says it all. This one of those passes that you have to ride. It certainly lived up to its name of multiple hairpin turns like one after the other. We actually had to stop and descend back down to get the best view of all the turns. This was when I put the foot stand down, got off the bike and the stand dug into the dirt and the bike was down on the other side. This trip is going to be more expensive than I planned. 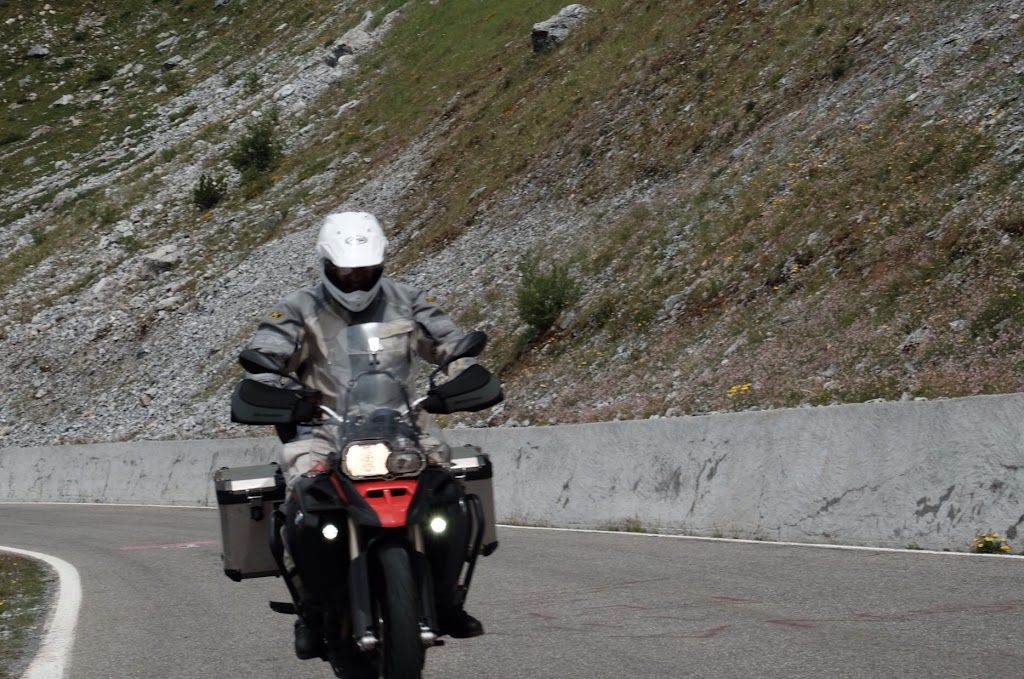 Here is MacBean giving it some gas up the Stelvio. 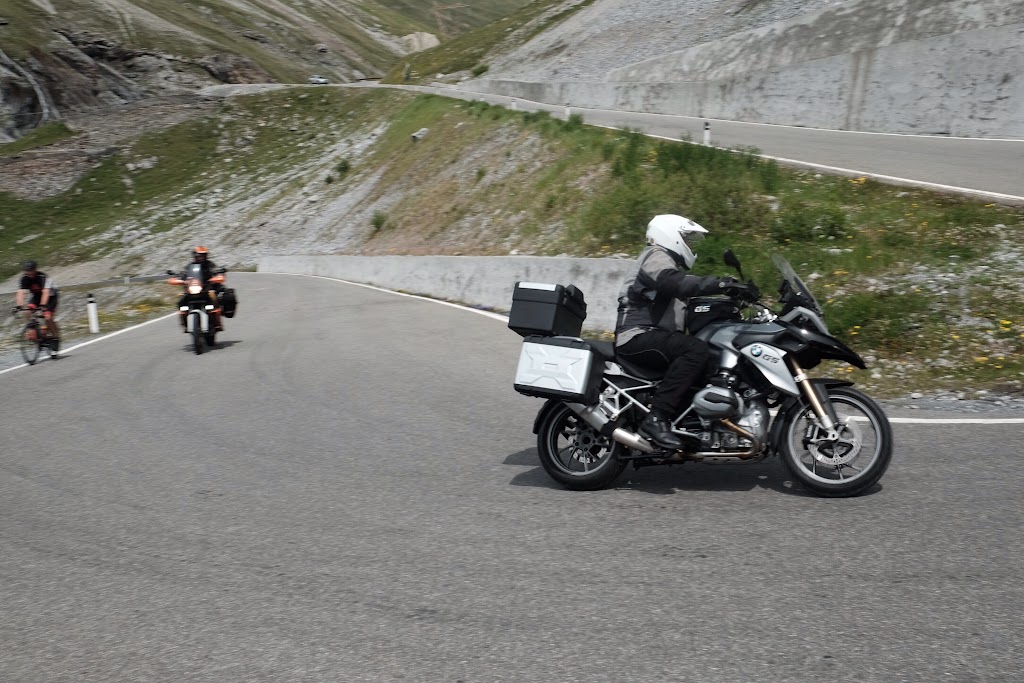 Here are Rob and Martyn doing the same. I think Martyn pissed off the cyclist. He got really agitated later up the pass. 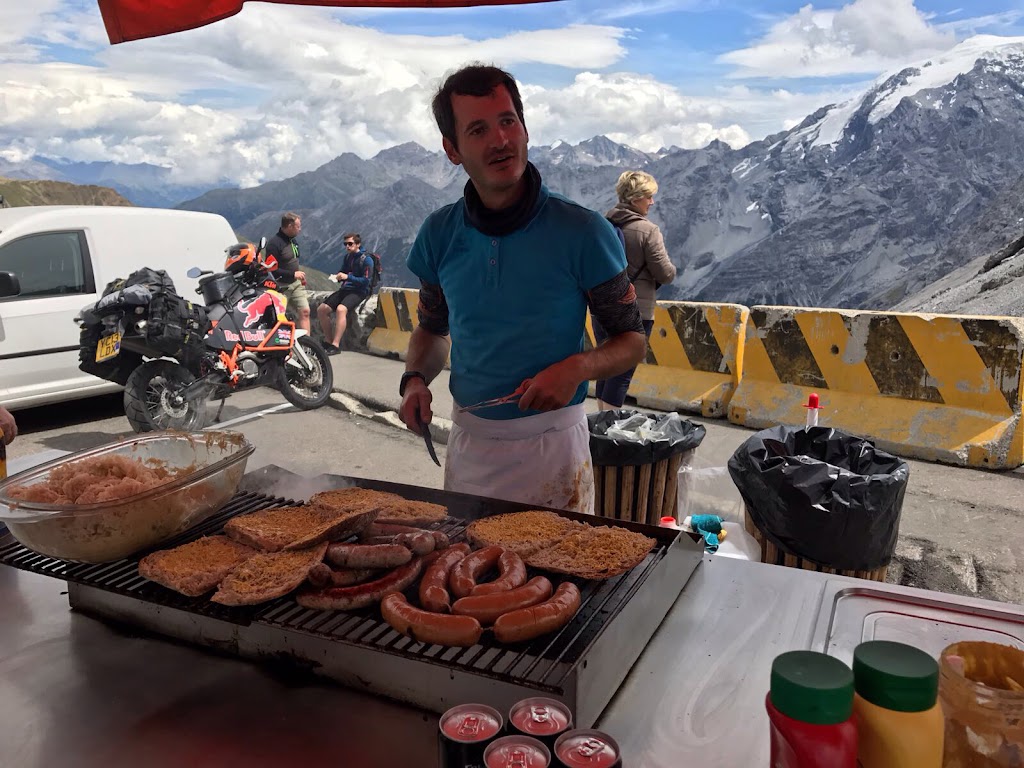 Lunch at the top of the pass was traditional sausage, bread and kraut. 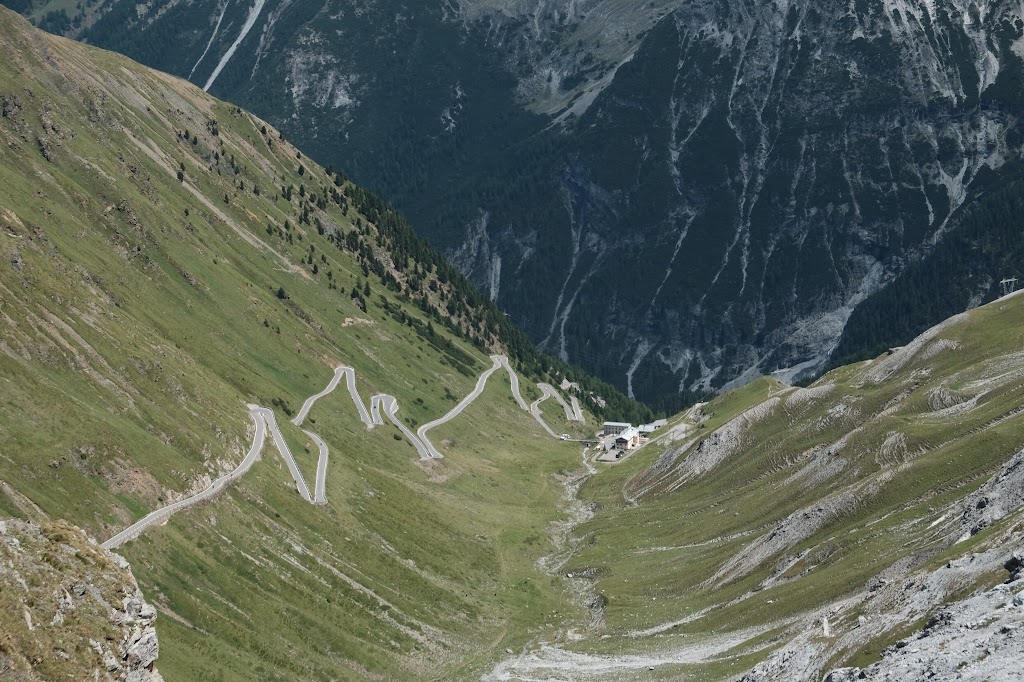 The view on the downside was even more spectacular with hairpin after hairpin and few places to pass. The rest of the day was riding out to Calavese a beautiful little town in the alps. We got there fairly late and it was threatening to rain so we opted for a hotel, with a bar overlooking the valley and a restaurant for breakfast. Dinner in town was a non-event but we had the best local-gin and tonic when we got back to the bar. 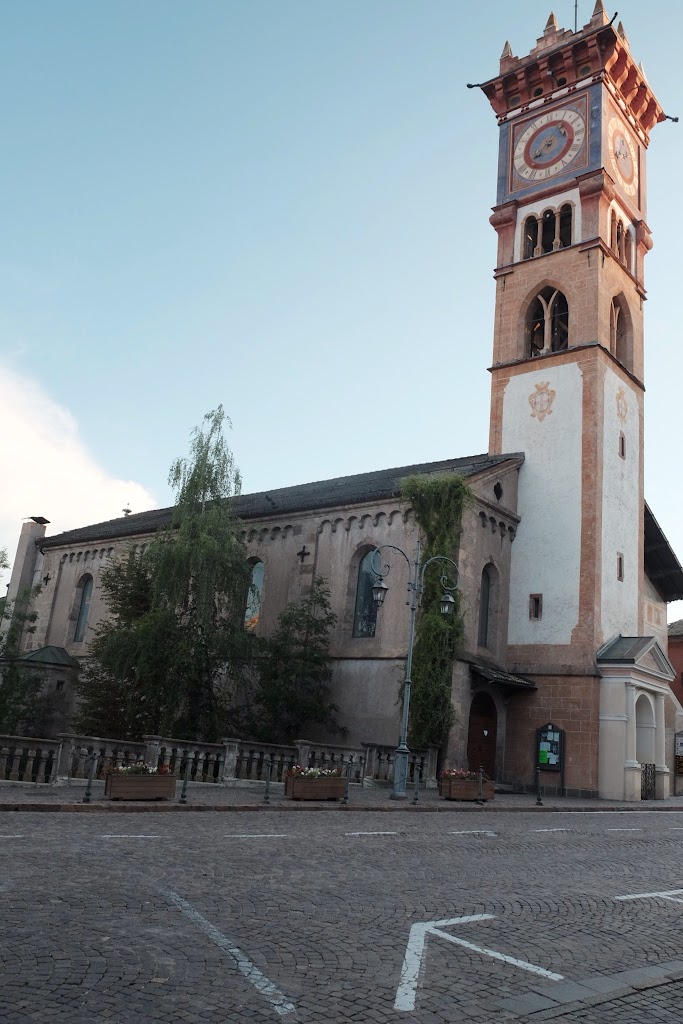 One of the many churches in Cavalese