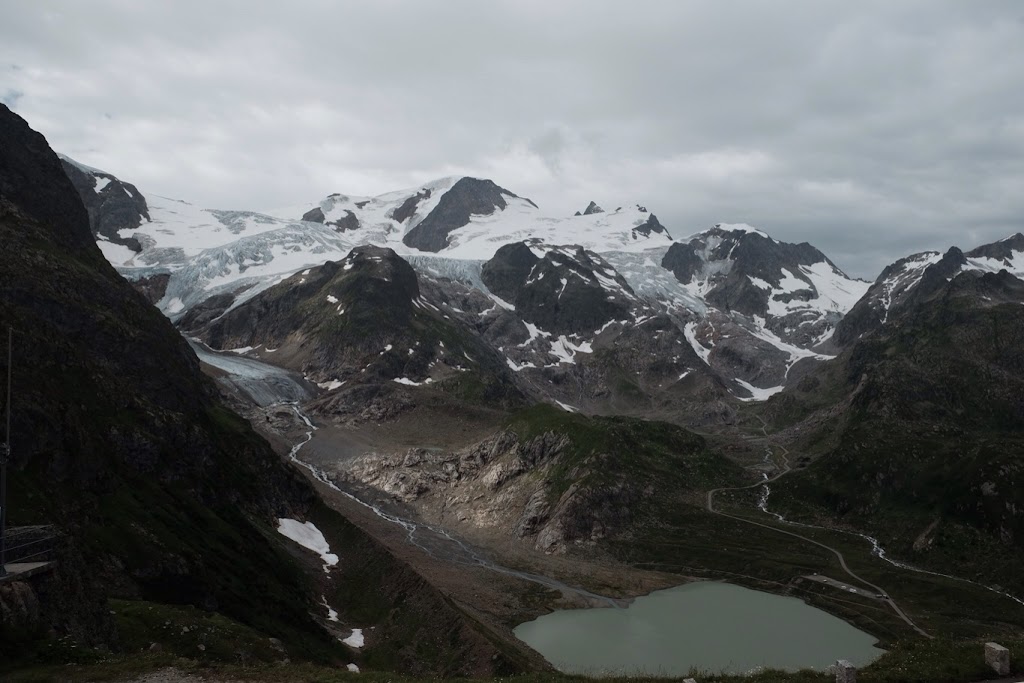 Day two was a great and grey day of riding. We did about 265 km of riding, basically all in the mountains. We headed out of Interlaken on an overcast day and headed up towards Sustern Pass. The weather brightened somewhat up the pass but stayed pretty cool. Some of the views were amazing with glaciers and ice melt lakes. We were handily beaten up the pass by the locals who would out ride us going into the bends riding much to fast for people who didn't know what was around the next corner.

The area of Sustern and the next “up” side of the next pass, Splugen pass were very orderly and well keep, much as you would expect from the Swiss. At the top we crossed the border and into Italy and things changed. They became much more unkempt and less well cared for. They were greyer and more run down. There is a big damn and lake close to the top and they were very reminiscent of pre-World War 2 films of Mussolini and HItler. It turned out they were constructed in 1931. 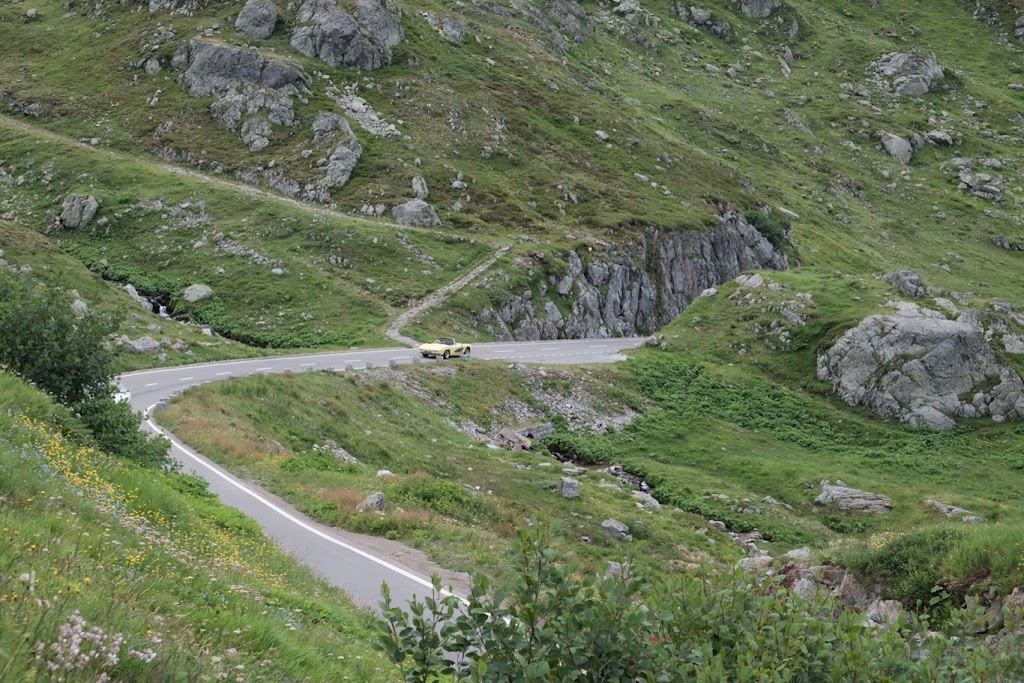 The “down” side of Splugen pass had some amazing switchbacks or “Tornatini”. They were linked together in amazing sequences of tight turn followed by a short straight. The right handers were the hardest seeming to drop away for ever. We did see someone trying to pull a trailer up at the bottom and wondered how far they might have made it

Once down of the mountain, the road seemed to hit and amazing number of long tunnels, 2 and 3 kilometers in length. With dark sunglasses on they were quite difficult to see clearly in.

Coming out of one tunnel into a right hand bend with an exit, Rob and I missed the turn-off. No problem, we figured we'd pull off at the next exit and turn-around. It seemed like 20 miles later when we found it. So a couple of Whatsapp calls and text later we contrived to meet in Dervio at the campsite. 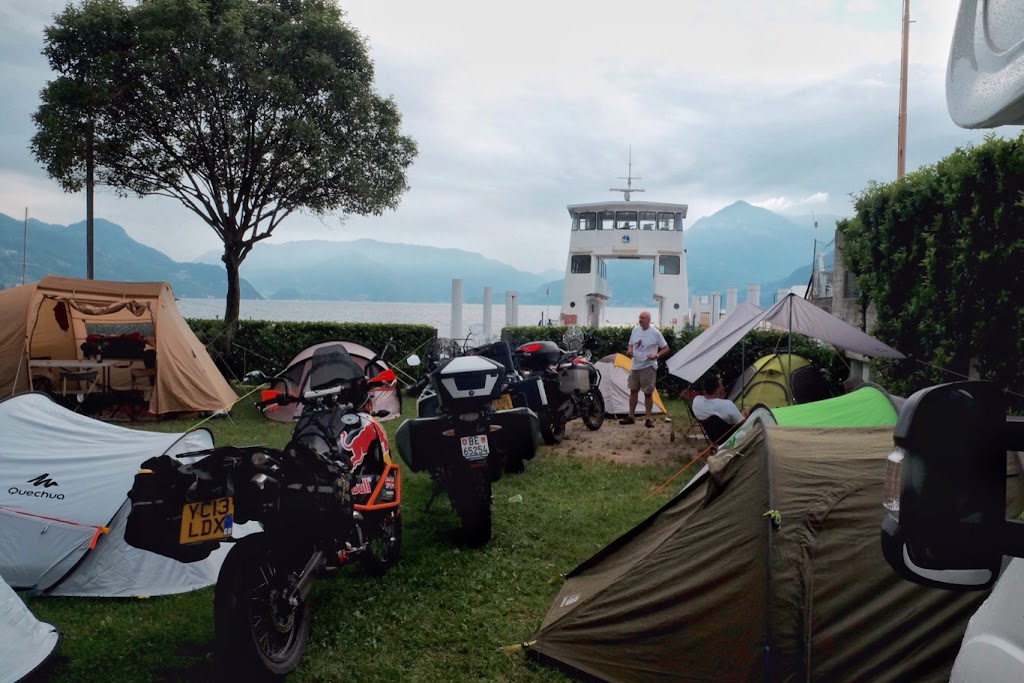 The campsite was quite small and crowded but we got a nice corner overlooking the lake to get set up in with easy access to the beach and a couple of restaurants. After a few beers from the camp shop. We wandered down the beach to a small place with a patio and head what you should have in Italy, wine, pizza, and gelato.