Leaving Bled, we jumped straight on the highway to head for the border. On the way into Austria is a newly completed tunnel that is over 7.8 kilometers in length. We were ready for it this time and had not put on our sunglasses so we could see in the tunnel. Inside it was hot and humid. My bike was registering 32 degrees Celsius or 90 degrees in real money.

At the border, I was sure I was going to get pulled aside. The border guard went through my passport from front to back 3 times. Then got up and left his building only to return a minute later and stamp my passport. 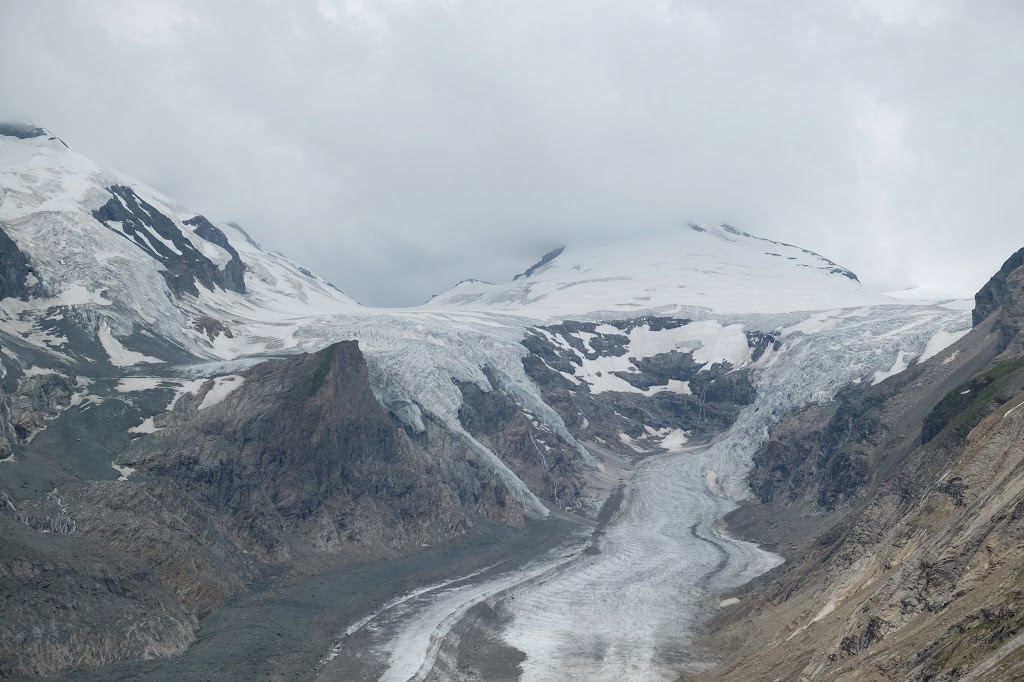 We had lunch at the top overlooking the glacier. The people from Wisconsin would be disappointed. The Austrians have created a sausage wrapped in bacon with cheese in the middle. I'm told cheese and savage should always be kept separate.

After lunch, we went downe the spur road an off over the pass. At the top of the pass is a cobbled road with its own set of hairpin turns that goes all the way to the top. Needless to say, we road it all the way up and stopped for a coffee. 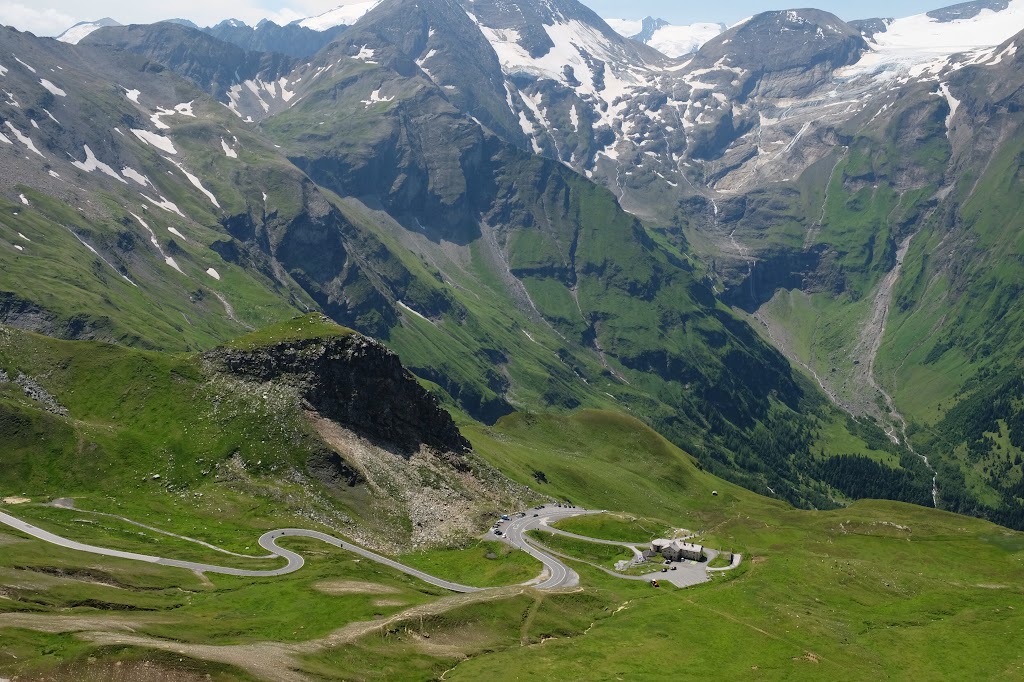 More hairpins to do on the way down into Zell-am-See. You could see Zell-am-See from the top of the Grossglockner and pretty soon we are winding our way through the town to arrive at Ibbo's 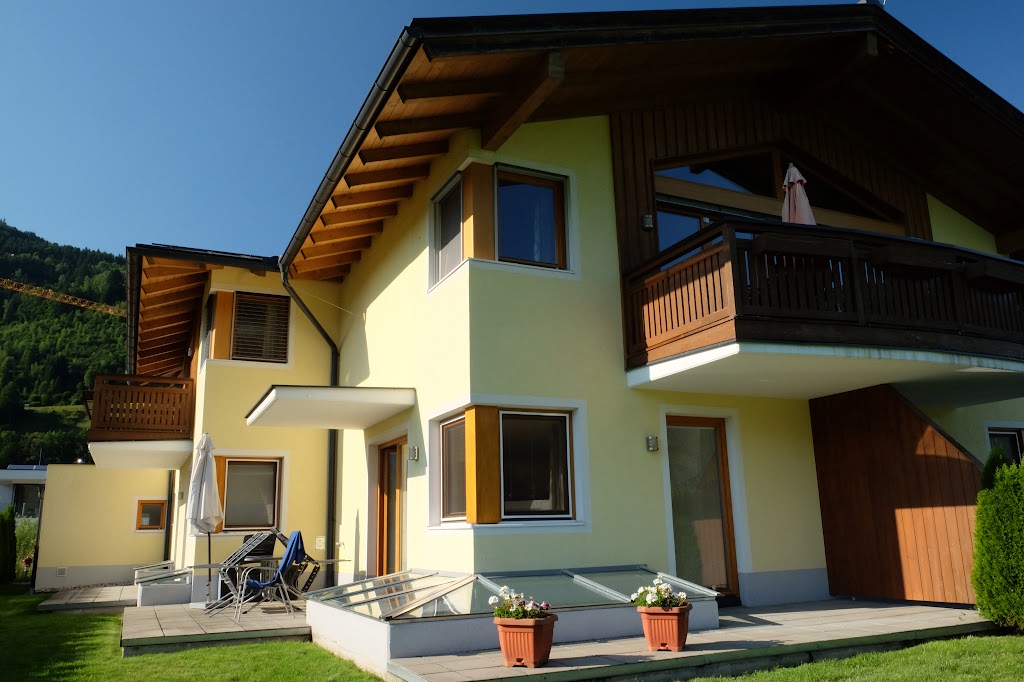 We were greeted by Carola, Ibbo's wife, when we arrived. Martyn has known Ibbo for close to 30-years, having met him in the Lake District and subsequently gone to work for him at Cummins. She showed us into the apartment reserved for us and we began to unpack. Their daughter Julia also came by and said high with the broadest of Yorkshire accents having lived in Halifax for a time.

As I was unpacking my bike, up drove Ibbo. Assuming who it was, I went over to introduce myself and got the biggest surprise. I was expecting an accent but not one from West Yorkshire, “Hullo, I'm Paul. I've been reading your blog”. Ibbo was not some European name but a contraction on his last name Ibbotson. I had not put two and two together that was from Halifax and a grand lad with the unfortunate luck of being from the wrong side of the border. He was also nowhere near as old as I expected for a retiree.

Having got in reasonably early we took Mac off to the ER to get his ear checked out. He still could not hear and was running out of olive oil drops. 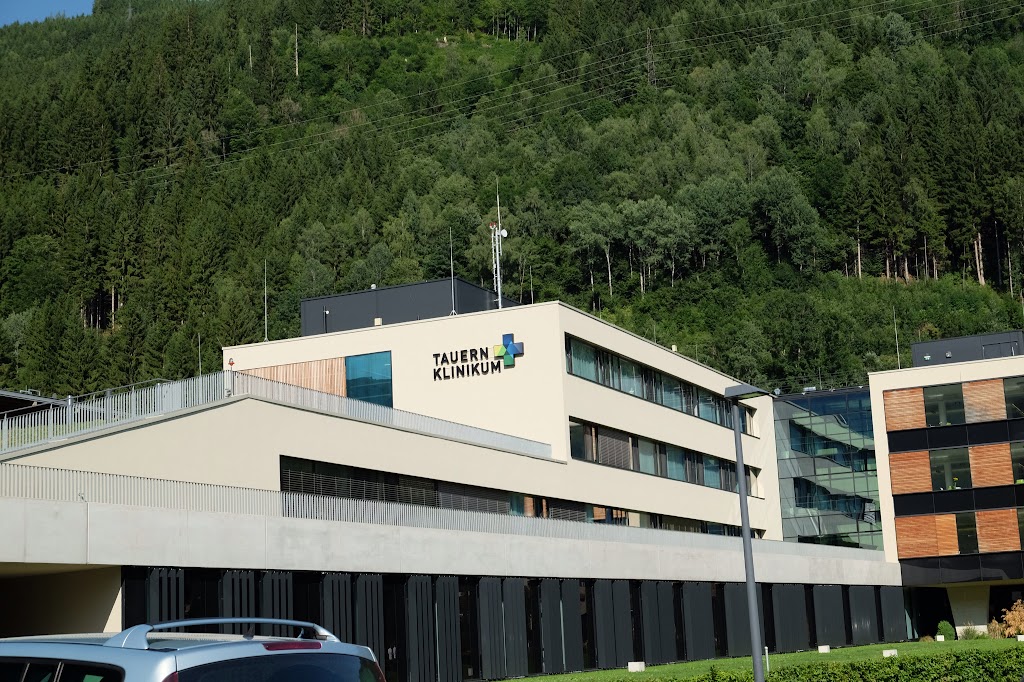 This time the doctor at the clinic got him sorted by removing ten pounds of wax using a high-pressure washer. This time it did not cost him anything it a was all charged to his EU health card. Good look with that after Brexit. Martyn, Ibbo, and I filled our time at the bar overlooking the See.

The Ibbostson's invited us to dinner at their place above the apartment. They prepared a fantastic Mexican salad, think 7 layer dip but healthy, with steak, and sausage with some lovely cheeses. Dessert was a delicious apple cake. The views from their balcony are stunning.

If you are looking for a place to stay in Zell-am-See, I can highly recommend Apartements Julia. Their website is http://www.appartementszellamsee.com. You may not get invited to dinner but you will have friendly hosts and a wonderful place to hang out with great views.