The Hunt for Red Sparkling Wine

The day started well with a local man setting up a stall of breakfast breads, pastries, yogurt and milk at the camp bar. We tried three of stuffed S-shaped roles with meat and cheese. The intent was on each. We barely finished two between us as they so rich and we had a food hang-over from the meat last night.

Today was another non-ATGATT day with us heading into Bled to look at the town and swim in the lake. The plan was to drive the backroad not the town as we had on the way to camp last night. I immediately last Mac and Martyn as they turned off onto the highway route. I spent the next 10 minutes riding into town convinced they were riding like nutcases to be so far ahead of me. I road around the lake, pulled into a parking lot and pulled out my phone to see them coming into town the other way. 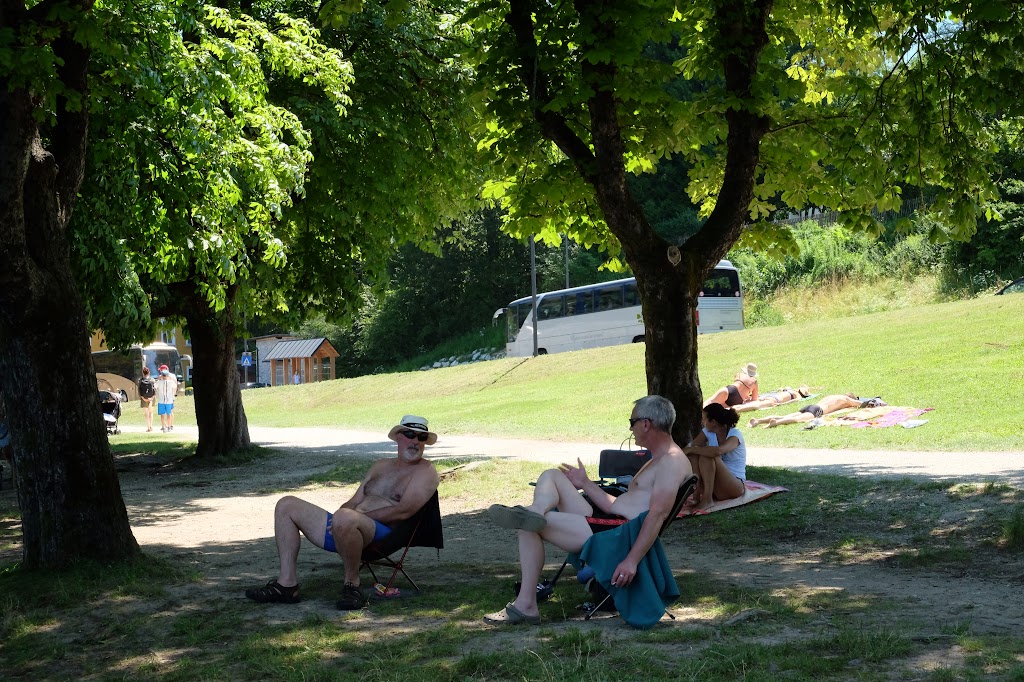 We found a shady spot on the shore of Lake Bled and set up camp. I can assure everyone I did not look in anyway like these two. 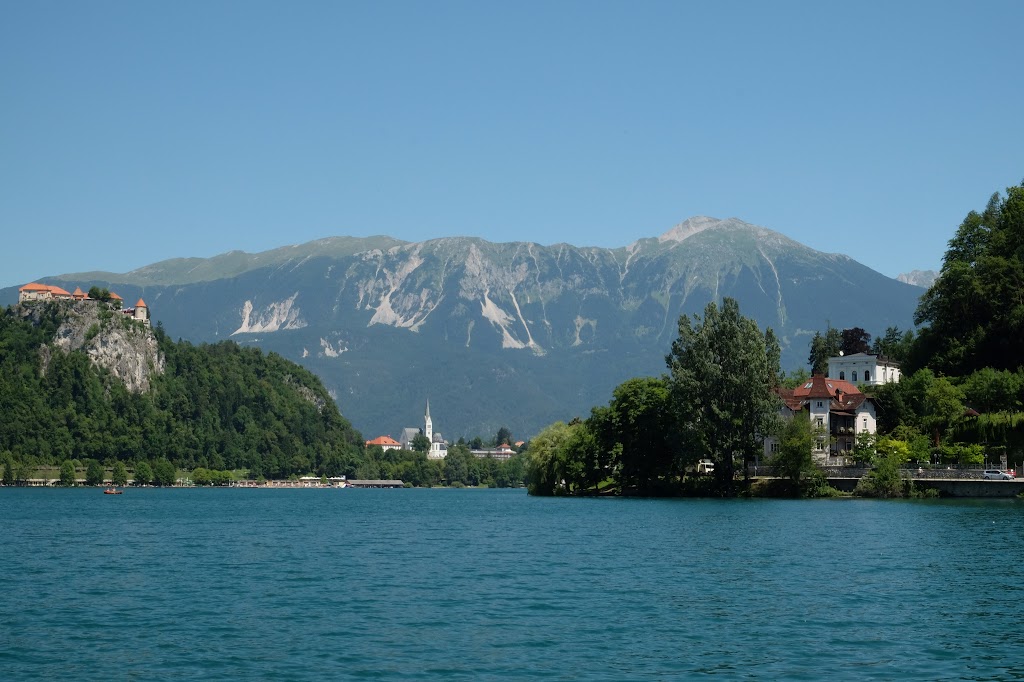 The view across the lake was amazing and MacBean recalled going to dinner at a restaurant near the church where he'd been served a local, blood red sparkling wine. We determined to pick some up along with some ice in a pannier and try it out. At lunch we asked the waiter about the wine but he had know idea. He suggested it was perhaps in former communist Yugoslavia. 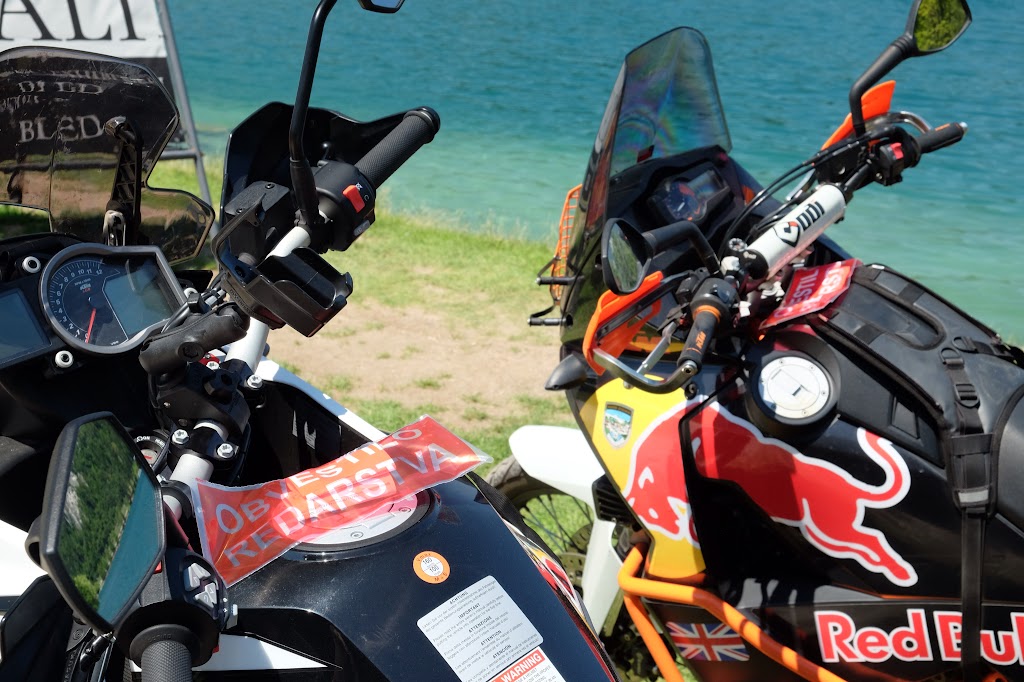 After lunch, we walked back to notice the bikes adorned with new stickers. We had all got parking tickets. Mac and Martyn swore the no parking cone had not been there when we arrived. I had seen it but it did not register as no parking as I have been away son long. 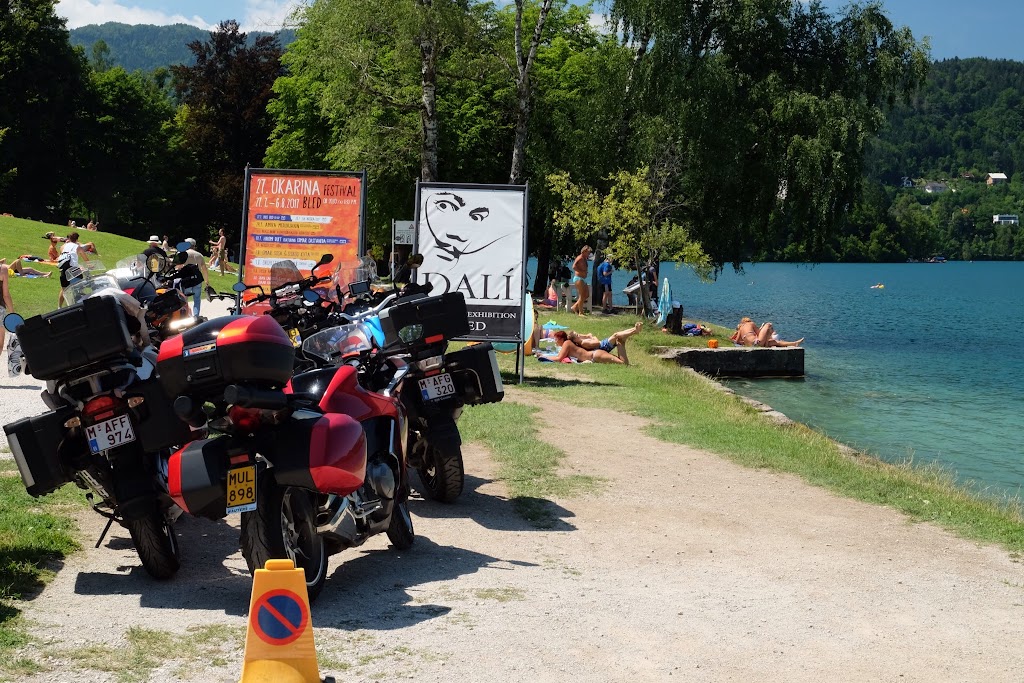 After lunch, we had another swim and Mac and Martyn took time to play on the swing. This was after MacBean had already got the swing caught up in the tree so no one could use it. It took us a good five minutes to try and knock it out before an athletic young lad jumped up and got it. 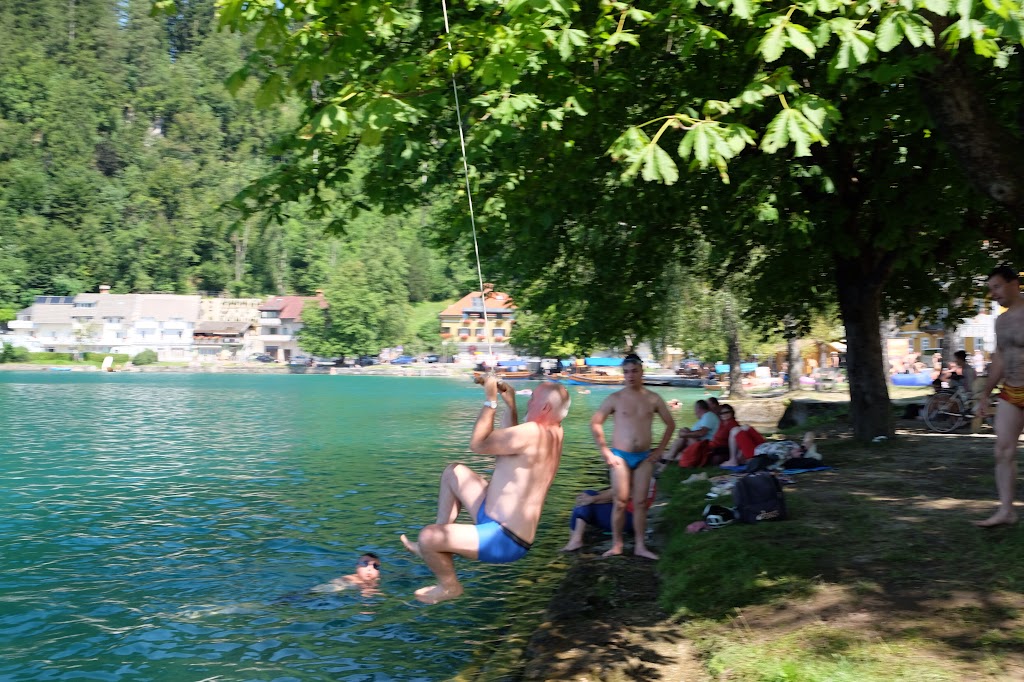 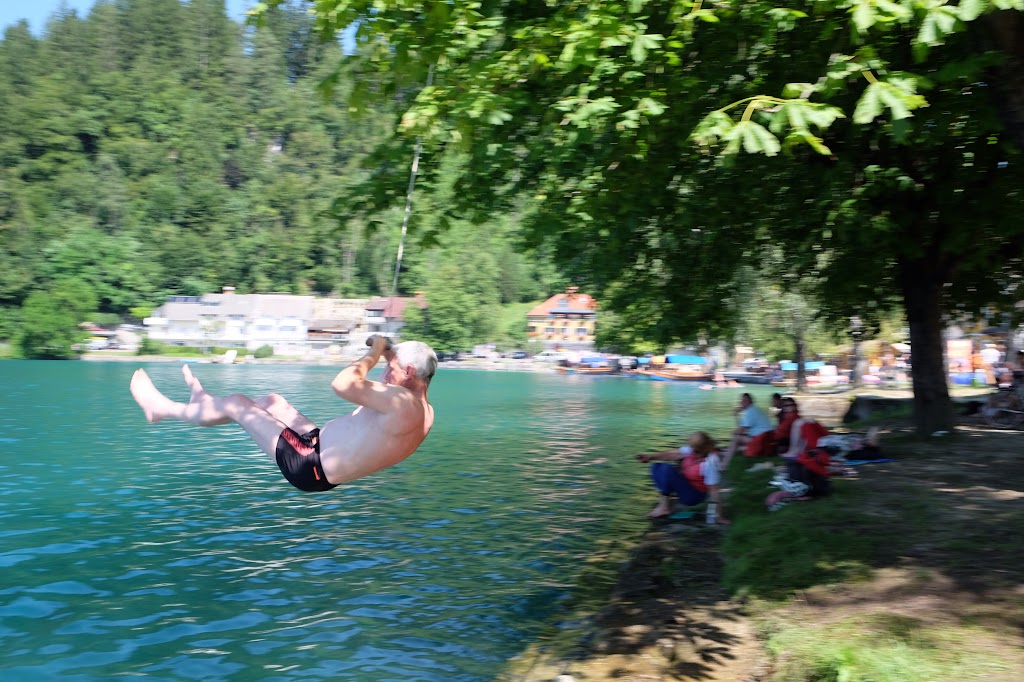 Here is a lad who knows how to get some air

After swimming, we went looking for the wine and to no avail. It appears to be a furtive MacBean imagination. This along with me working for Hollands Pies in Baxenden

Back at camp, we were served another huge dinner. We asked for the schnitzel but were served pretty much the same as the day before just with more vegetables and salad.

That night two German bikers showed up in camp on on a new Guzzi Stelvio. The other, Mullet-Man on an ancient R1. Martyn threatened to grow a mullet for the business up front and party behind when he retires. He asked if I would but I opted for dreads.