Day 1 was a long day, getting from Denver, Colorado to Interlaken, Swittzerland. Leaving around 2pm, while on a conference call to close the work week, Lisa drove me to Denver International Airport. Checking and boarding for Icelandic Airways was a breeze. 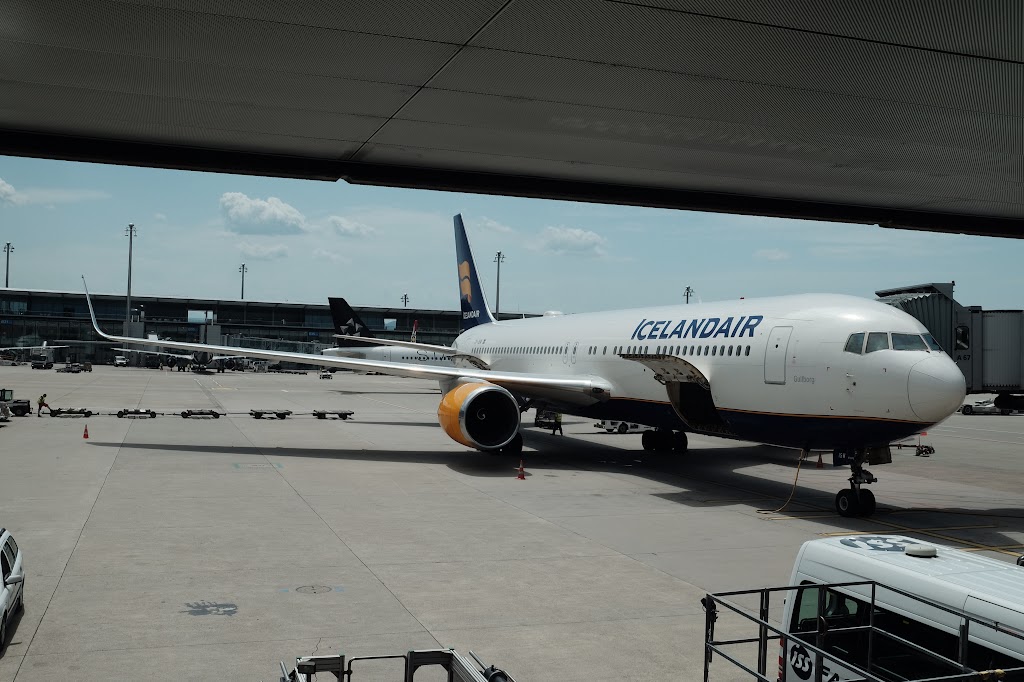 The flight to Reykjavik was uneventful. A empty seat next to me, a few episodes of Modern Family, a ham and cheese bagette (apparently an Icelandic staple), a couple of gin and tonics, a nap, and Bob's your uncle we arrived.

Passport control in Reykjavik was the most efficient I've ever been through. Switch passports, EU entry side, scan passport, pose for photo, done. Off to the gate for the Zurich flight via the food court, where they were running specials on ham and cheese bagettes with and orange juice – breakfast of champions. I figured I'd pick one up because I figured out why Icelandic is so cheap. You pay for everything except soft drinks.

I'd bid on an “won” an upgrade on the second leg, so I boarded early and was seated in economy comfort. Little did I know that this included food and drinks. The flight attendant was amazed that all I wanted was sparkling water. She whispered that I could have anything I wanted for free. Coffee, nap, Zurich. 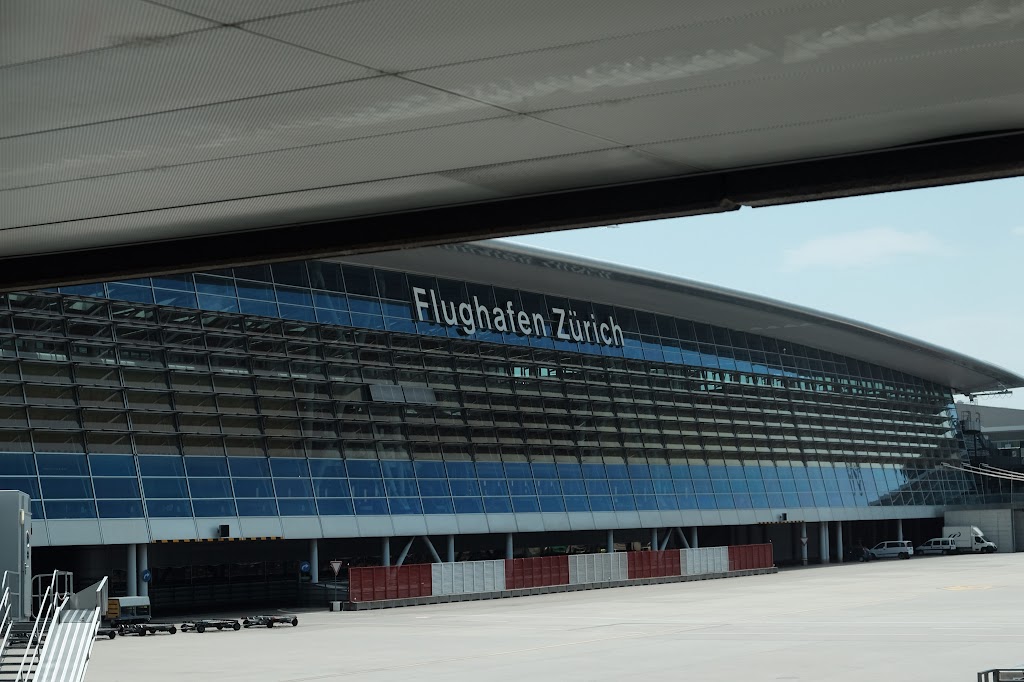 There is a train station at the Zurich airport and a bought my ticket to Thun, where I'd pick up the motorcycle, from a kiosk while waiting for luggage. Luggage showed up with no incidents and it was off to the train. This is where the fun began, I couldn't find the train to Thun. I was directed to take train 1 to the Zurich main station. At the main station, I couldn't find the train to Thun and I was directed to take the train to Bern. The glossy from the motorcycle store with the short train ride away all of a sudden came into focus. 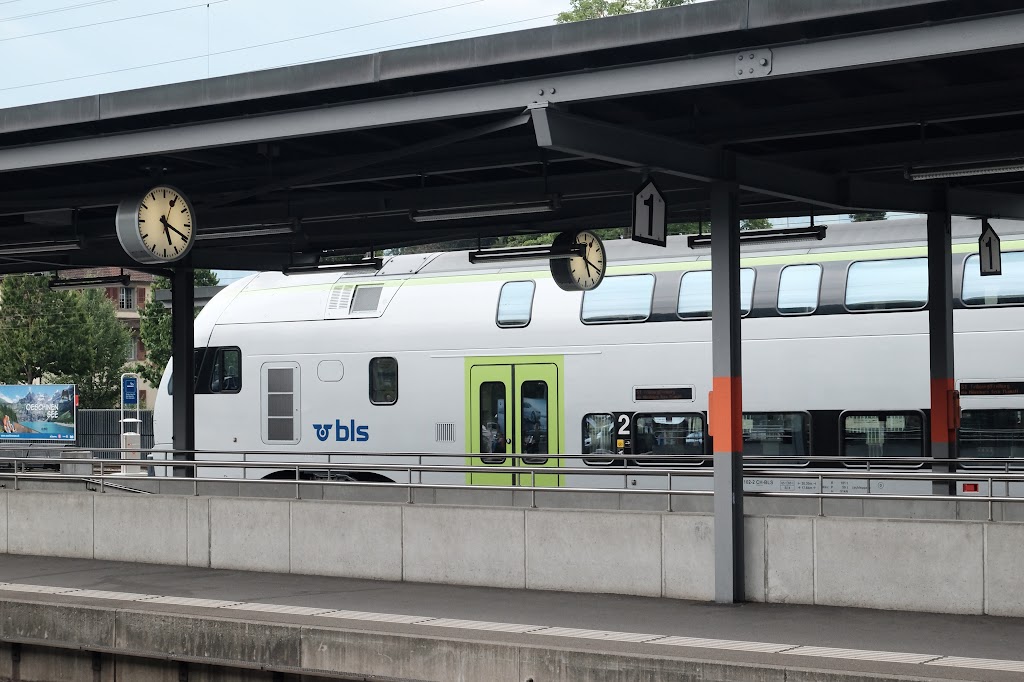 A quick taxi ride to the Thun Motorsport Center put this beauty in my hands, the new KTM 1090 R. Even the guys at the shop were drooling over it. 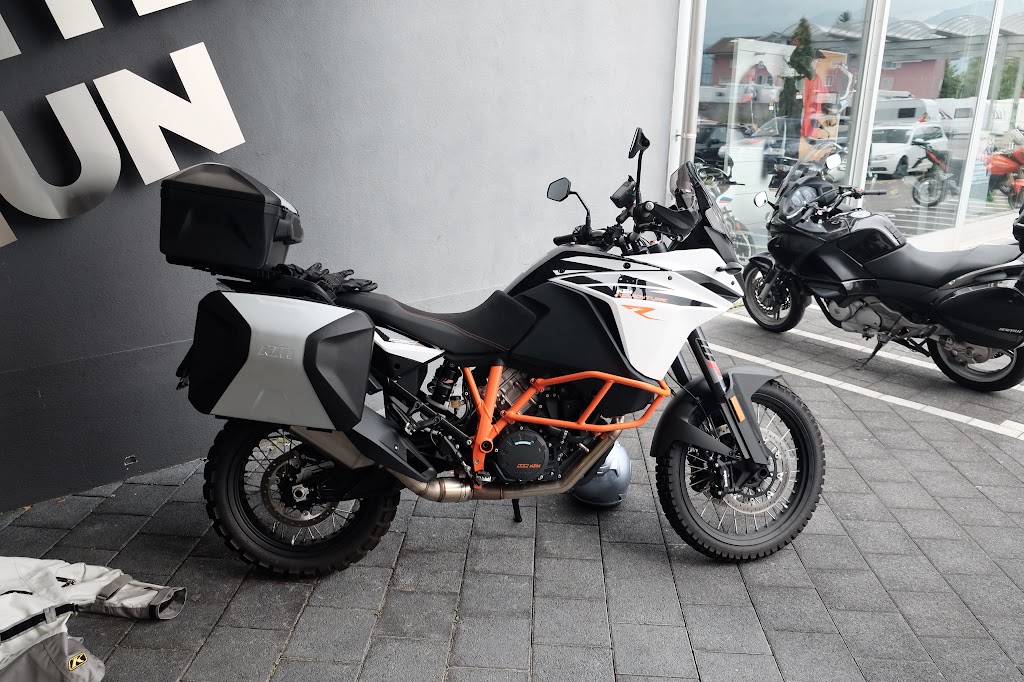 It was a beautiful ride around one of the Interlaken lakes. Just a little storm to deal with, requiring zipping up the Klim. 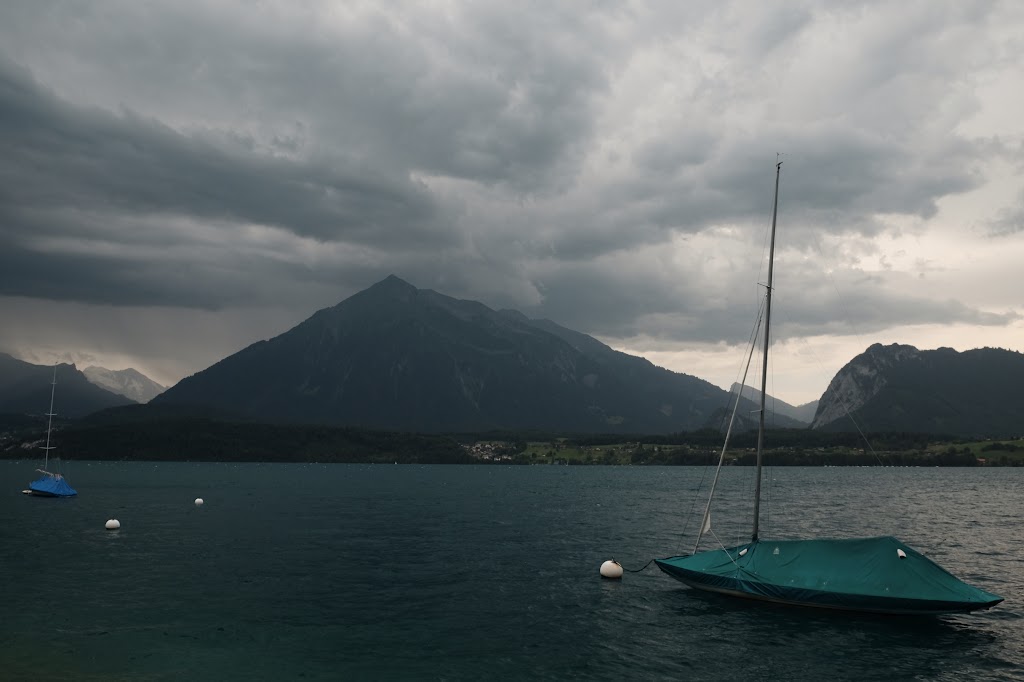 After a short ride to the Hotel Mattenhof aka the funny farm, day 1 was done.

Meanwhile, the English lads had left at dinner (lunch) time on Friday and ridden all the way across the continent. 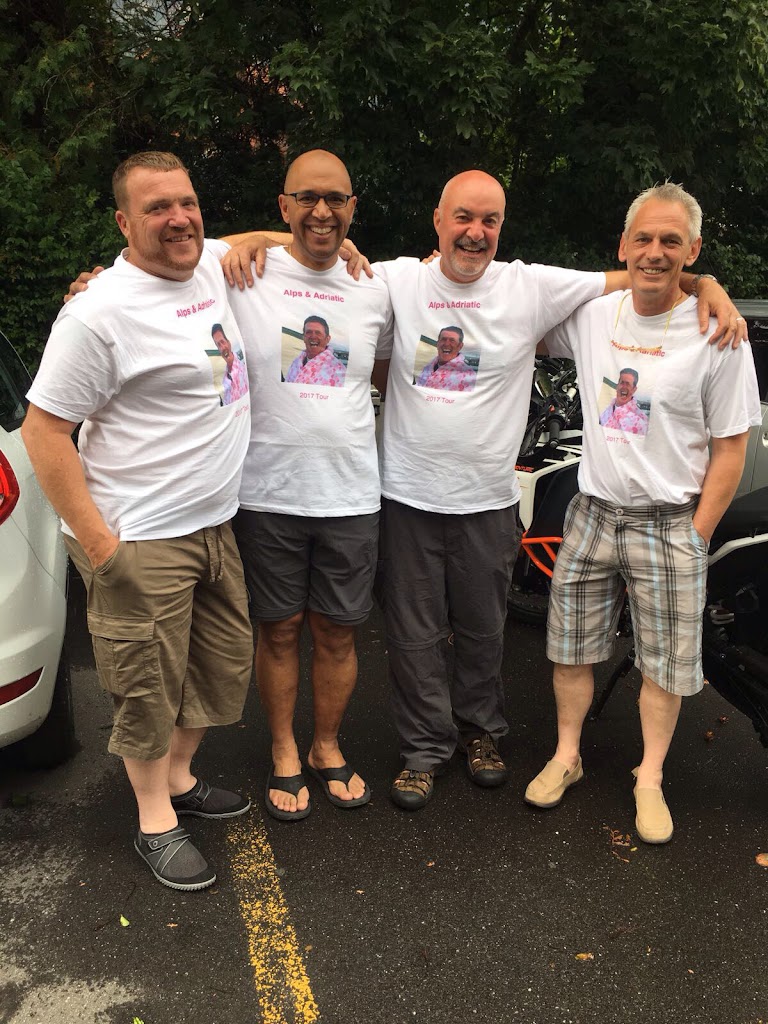 Great to have Charlie along with us!