A couple of months ago, a friend of mine sent me the link to a blog post of 25 Abandoned Buildings in Colorado. It was an interesting post and I stashed it away for later. Yesterday, I wanted to go out on a ride so I decided that I would check one of them out. Number 21 on the list is reasonably close to where I live, so I decided to give it a shot.

Fondis is easy enough to find. It is about 30 miles east of Castle Rock. Take Colorado Highway 86 east from Castle Rock to Elbert County Road 77. It is further than you think and you will be convinced you’ve missed the turn-off. The county roads don’t go sequentially and you will see a couple whose number is far higher than 77. County Road 77 is a dirt road but arrow straight going up and down over rolling hills. Take it about 10 miles south where you will get to the intersection of County Road 98. Turn right, west, on CR98 and take it 5 miles downhill into Fondis where it dead ends.

What You Will See 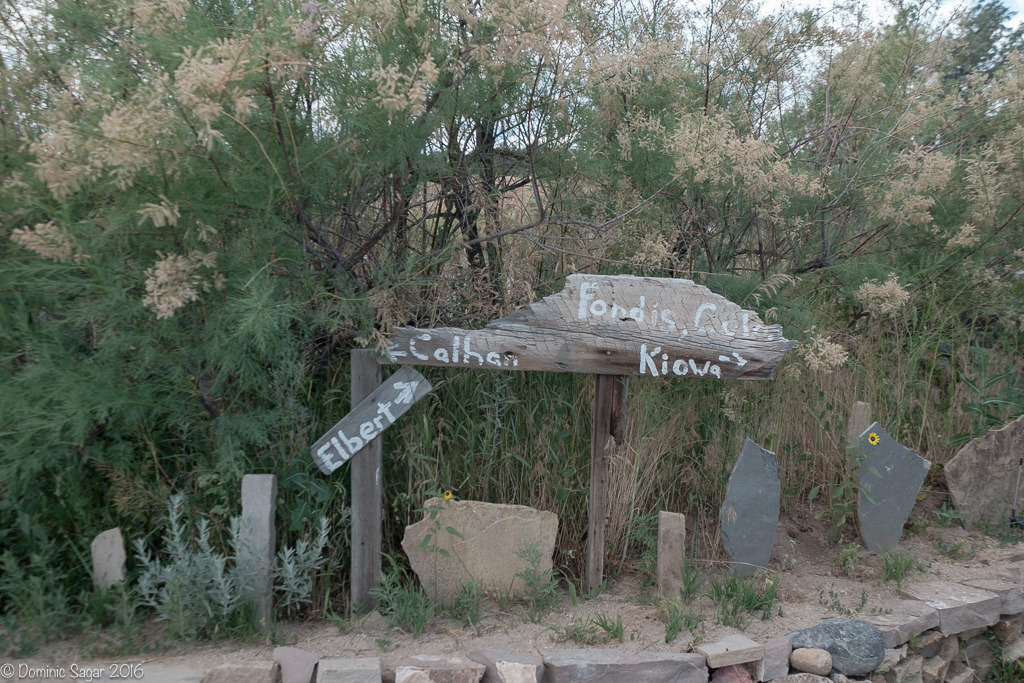 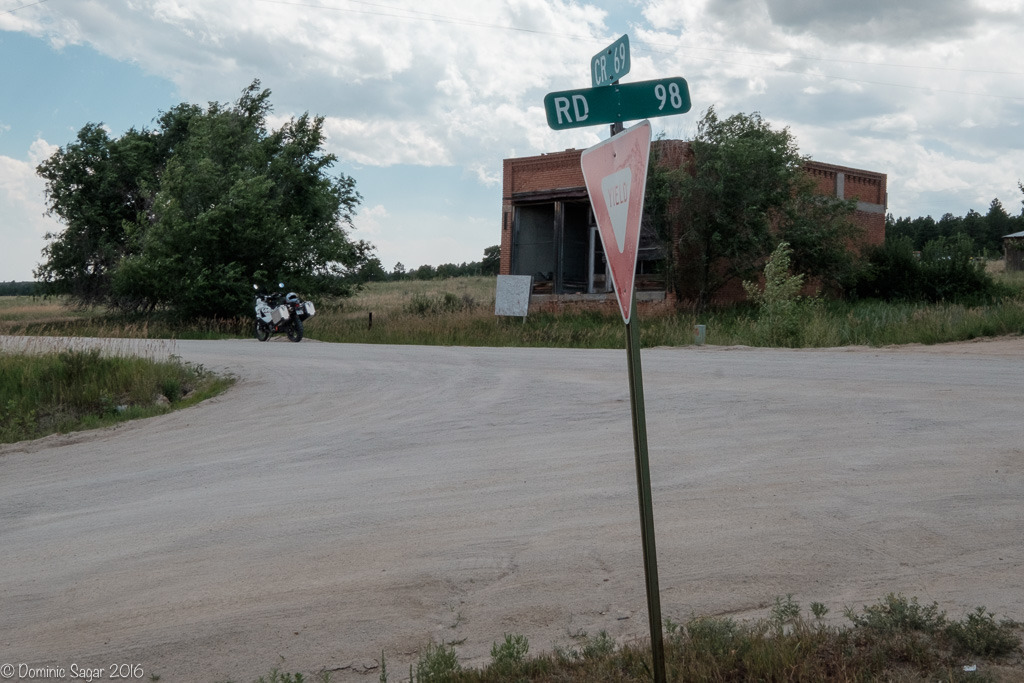 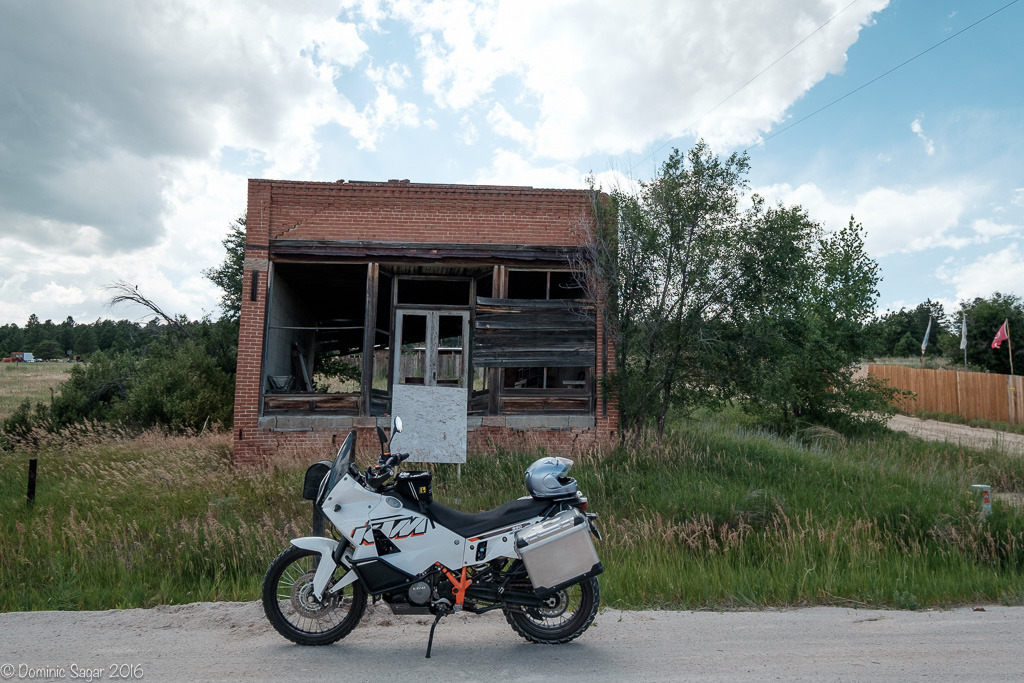 Stopping by the mercantile 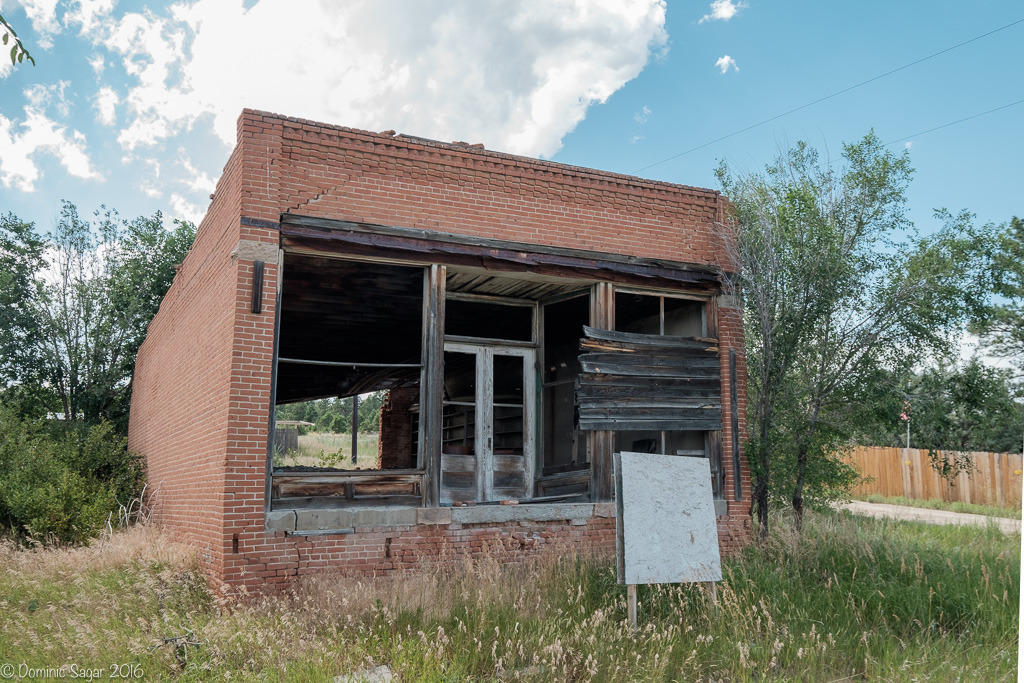 The front (east) side is showing its age 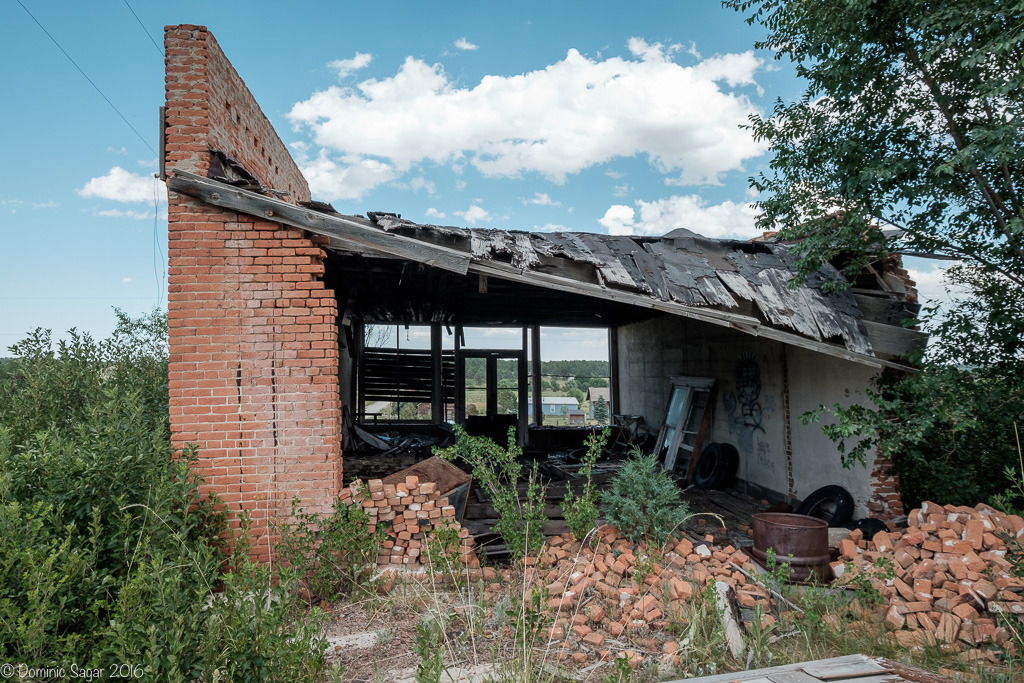 The rear (west) of the building has pretty much collapsed 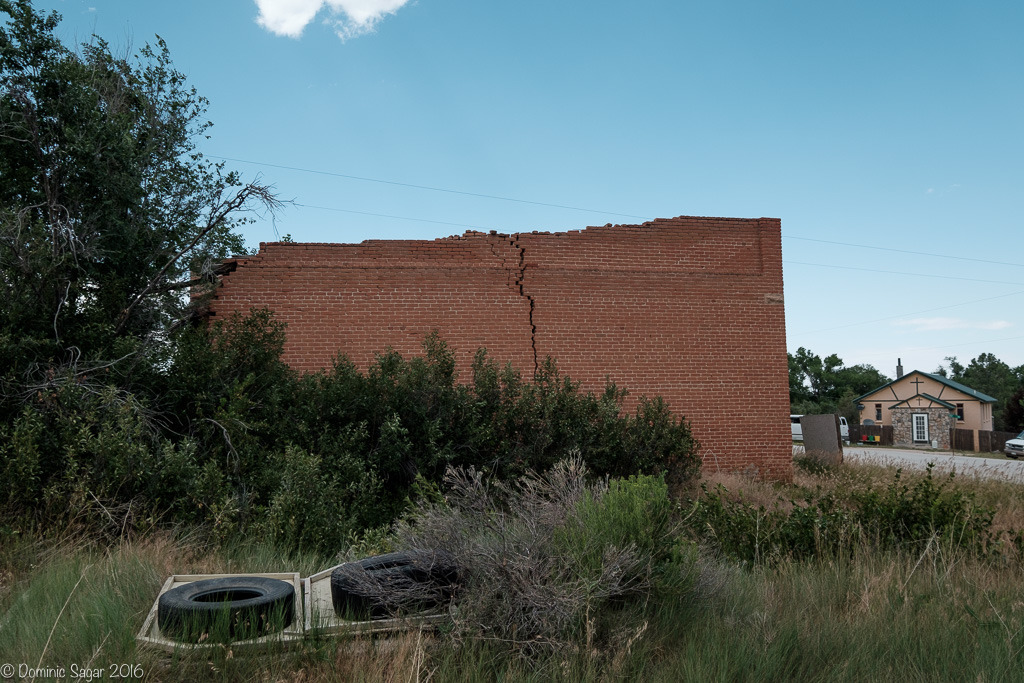 The south side of the building is looking worse for wear. _ 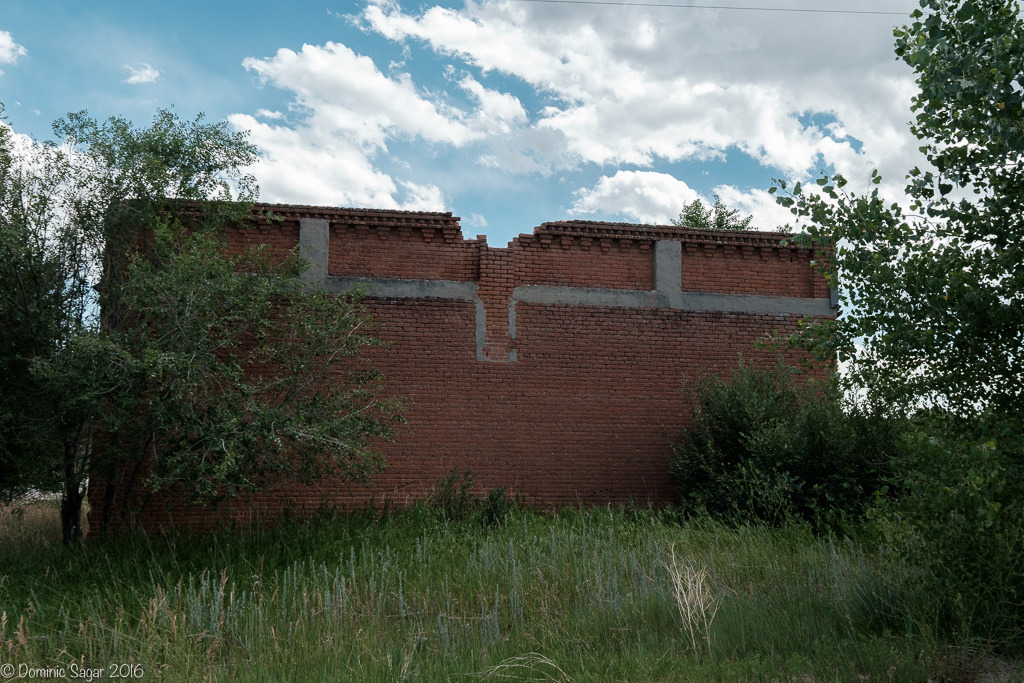 The north side of the building is in the best shape 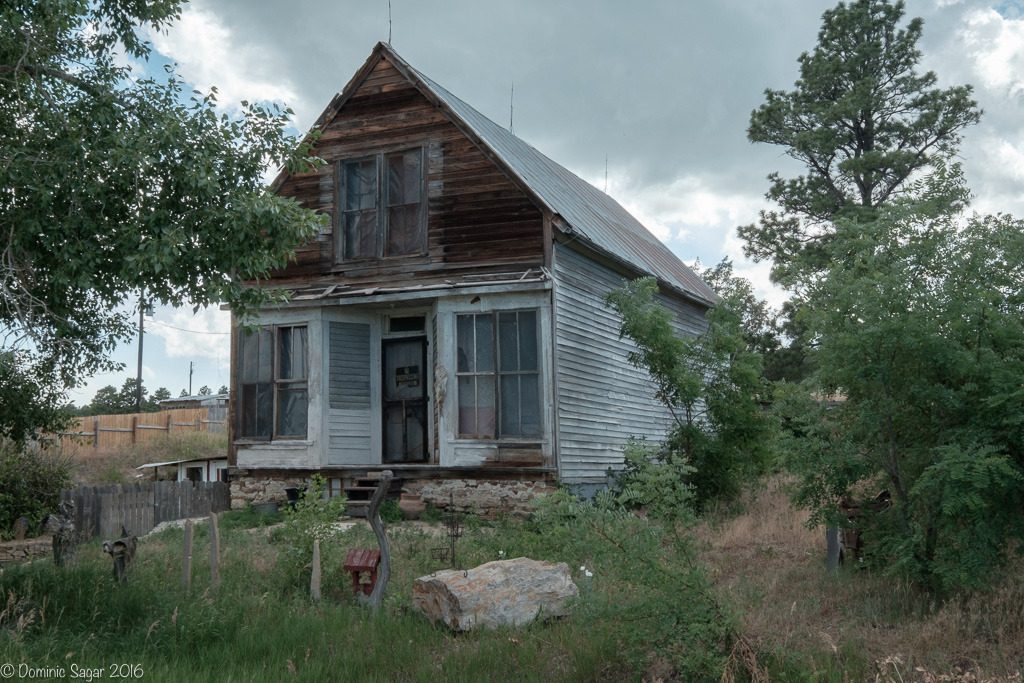 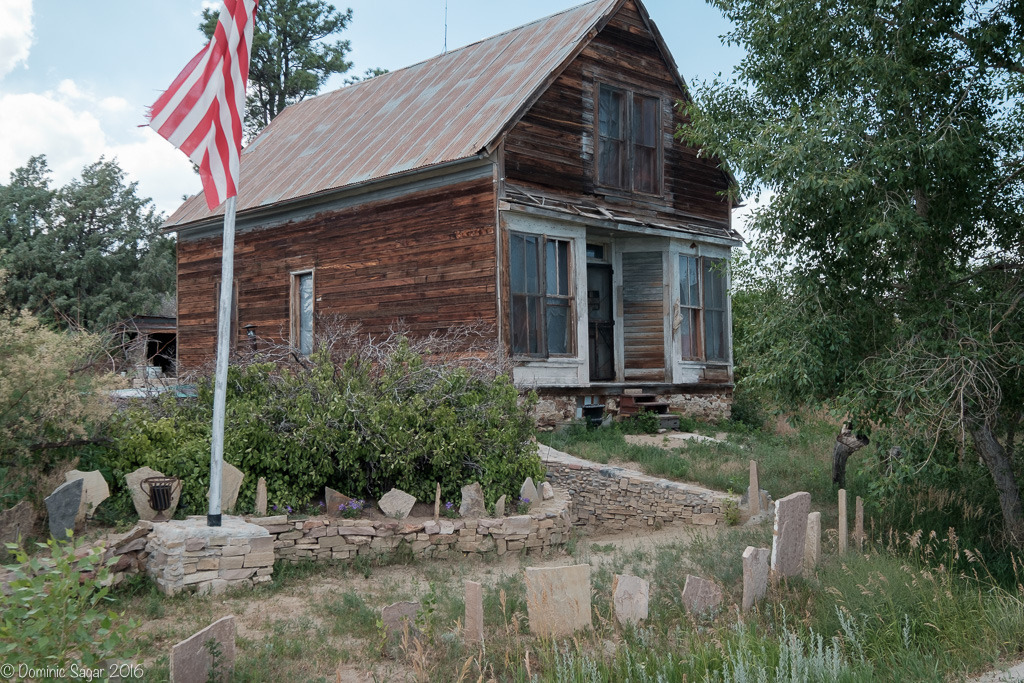 A interesting use of flag stones 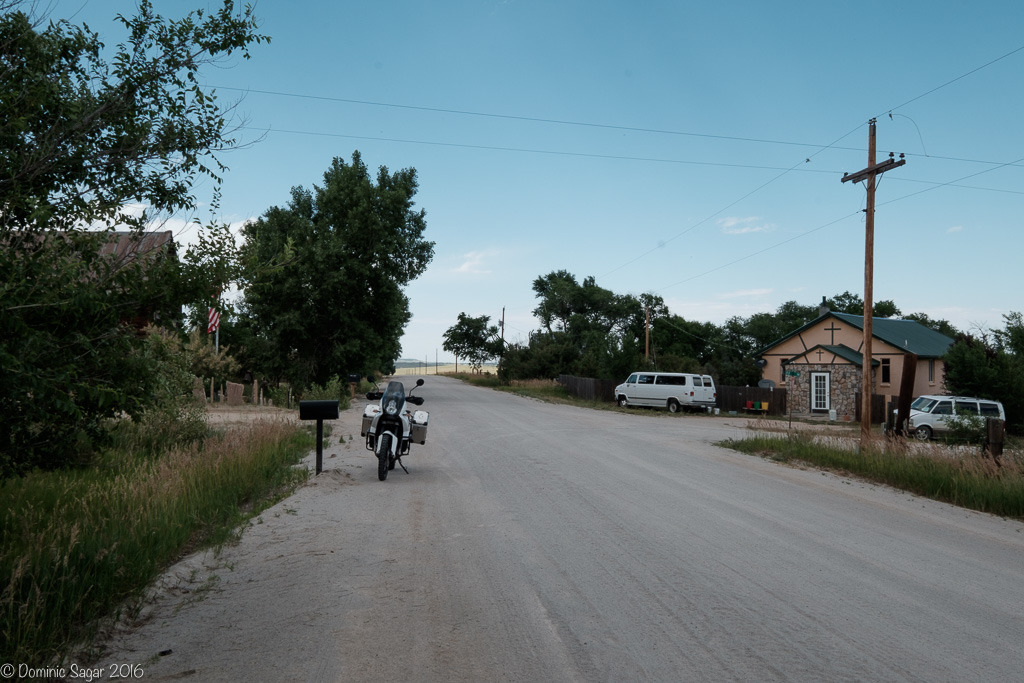 You can obviously leave by the same route you came but if you are adventurous going north or south on County Road 69 is the thing to do. Head south and slightly east and you will end up close to Calhan, Colorado. Head north and west and you will end up in Kiowa. CR 69 does not seem as well graded as CR 77 so there are some deep sandy corners to watch out for.