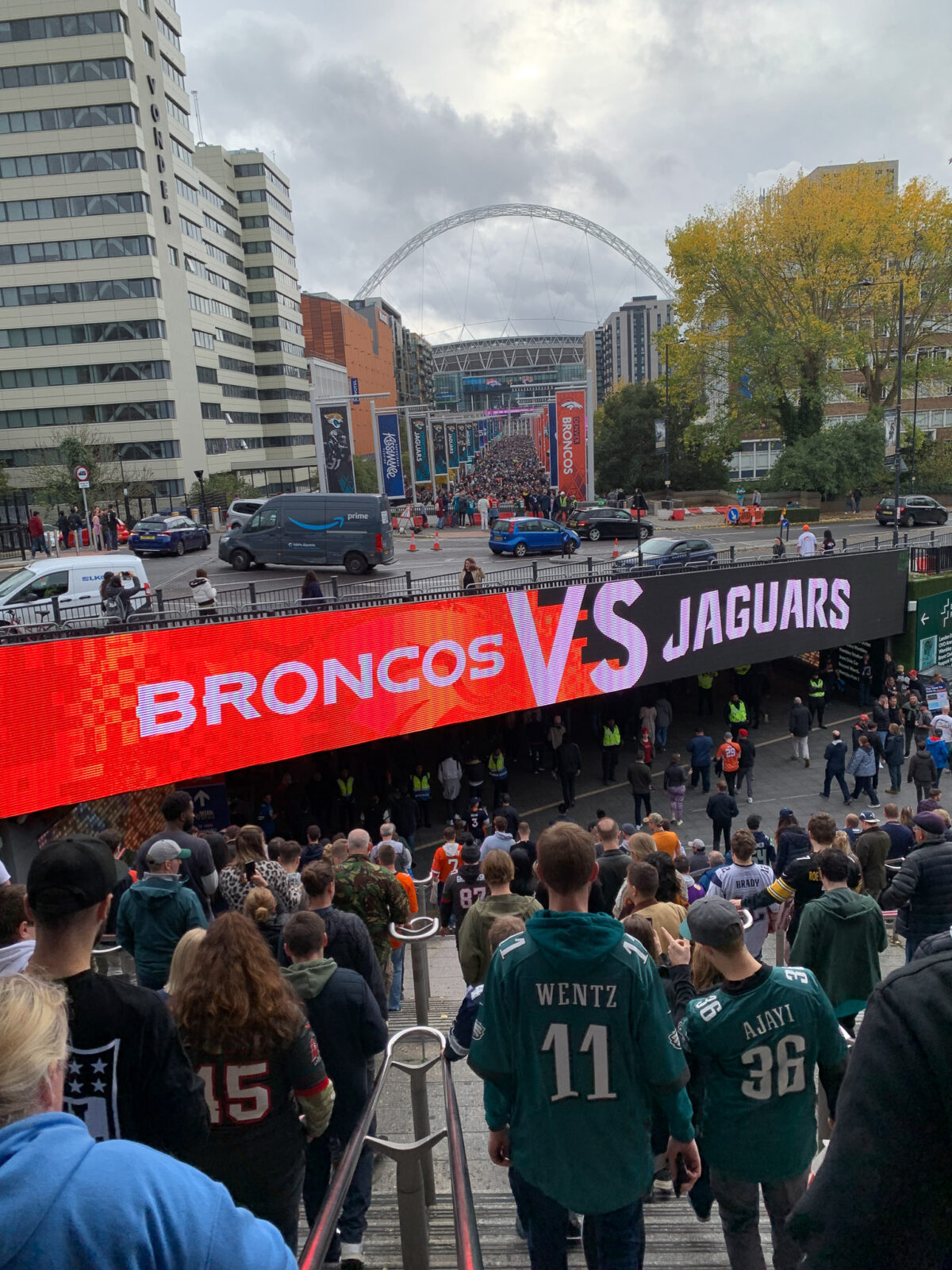 For the first time since I lived there, I flew back to London two times this year. This time with Lisa so we could watch the Denver Broncos play the Jacksonville Jaguars. It was a crazy weekend trip. We left on Friday afternoon and came back on Monday afternoon.

After arriving, checking in at the hotel, and getting a shower, we went off to explore. We had a lunch in Covent garden and then went to see the Shard which is the tallest building in the UK.

The views from the top were pretty amazing. I’ve never seen London from anything like this vantage point before. There are so many new building there that have been built since I left. Few if any of the tall buildings on the horizon were there when I lived there.

There are even fancy new bridges across the river that have been there decades now that didn’t exist when I used to do my loops from Blackfriars up to Parliament and back. I could actually run in those days.

We stayed for the first night at the W in Leceister Square. Outside the door was Soho and China town. It was bustling all day long and well into the night. We walked back through the crowds that night after going to the theatre. We picked up tickets for Come From Away at the “1/2 price” stand. Soho was even busier in the evening as we made our way back with all the Halloween revelry happening.

We took the tube up to Wembley. I have not been to the new stadium before. The last time I was there was to see the Chicago Bears play the Dallas Cowboys in 1986. I’ve never seen a real football game there.

Needless to say, there was plenty of real-ale for sale in the Stadium but with a little hunting, Lisa found a wine bar selling rosé.

I’ve heard it said before that other national anthems pale in comparison to the Star Spangle Banner. You can really tell when they are sung side by side. The singer of the USA national anthem killed it. Mica Paris sing God Save The King which was absolutely weird to hear.

Wembley is a pretty cool place and all the seats end up being covered. It appears that it may have a retractible roof.

My friend Simon and his son Monty came along to the game. I have never seen someone as young as Monty pay as much attention and try to learn as much about the game as possible.

We went to stay with Simon, Monty, and Nieve after the game although we took different routes to get there. Simon and Monty had driven in from Chalfont St Giles. We had left our luggage at the hotel and had to go and retrieve it. It took us a while to get to the station and through the crowd. In stead of being tough and controlling the police played YMCA through their bullhorns to have some fun.