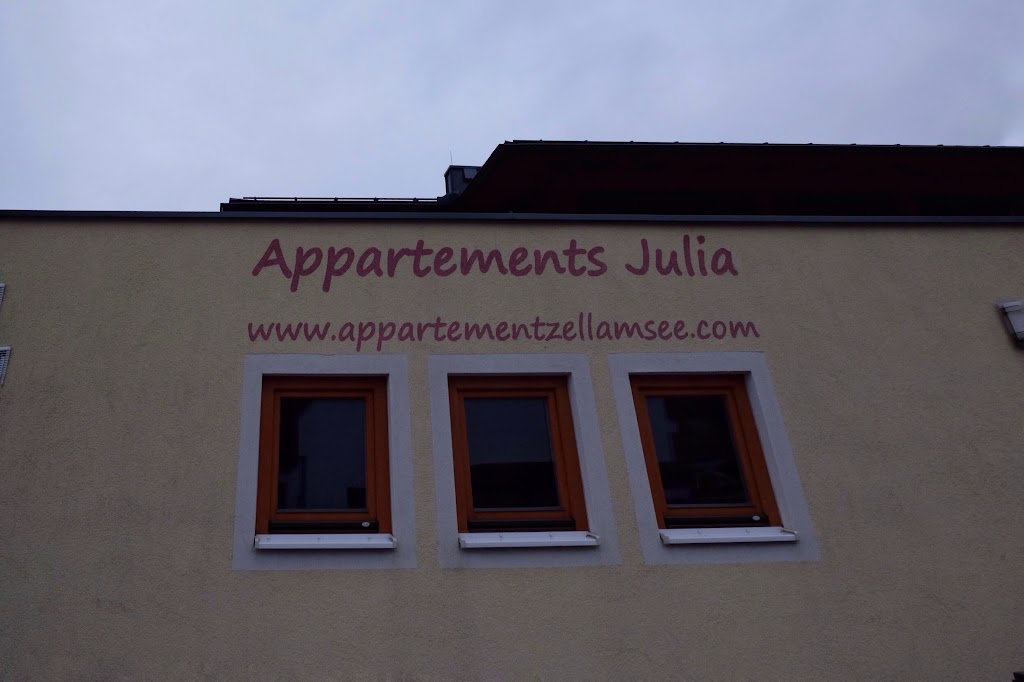 Saying goodbye to our residence in Zell-am-See

Today was basically a grind it out kind of day. Get from point A to point B in the allotted time. Today was probably the most stressful day of the whole trip for a number of reasons.

Every change In road surface became a question as to whether I had a flat.I had my first issue within 500 meters of leaving Apartements Julia. I couldn’t find my way out of the neighborhood. A little backtracking and some puzzled looks from the lady walking her dog and I was good and on the way to Mittersill. A few KMs down the road and I thought of issue number two. I had no idea what the national speed limit was. The white disk with a black diagonal only meant I did not know how fast I could go. I figured a quick stop to text Martyn and MacBean was in order. Rather than wait for a response, I resolved to add 10 KMs per hour over the last highest speed I had seen which put me at between 90 and 100 KMs per hour and check the answer later. I was probably pretty close, Mac gave me 110 on A-roads and 130 on the motorways. The first couple of hours were mostly B-roads and the only stretch of motorway was controlled to 100. 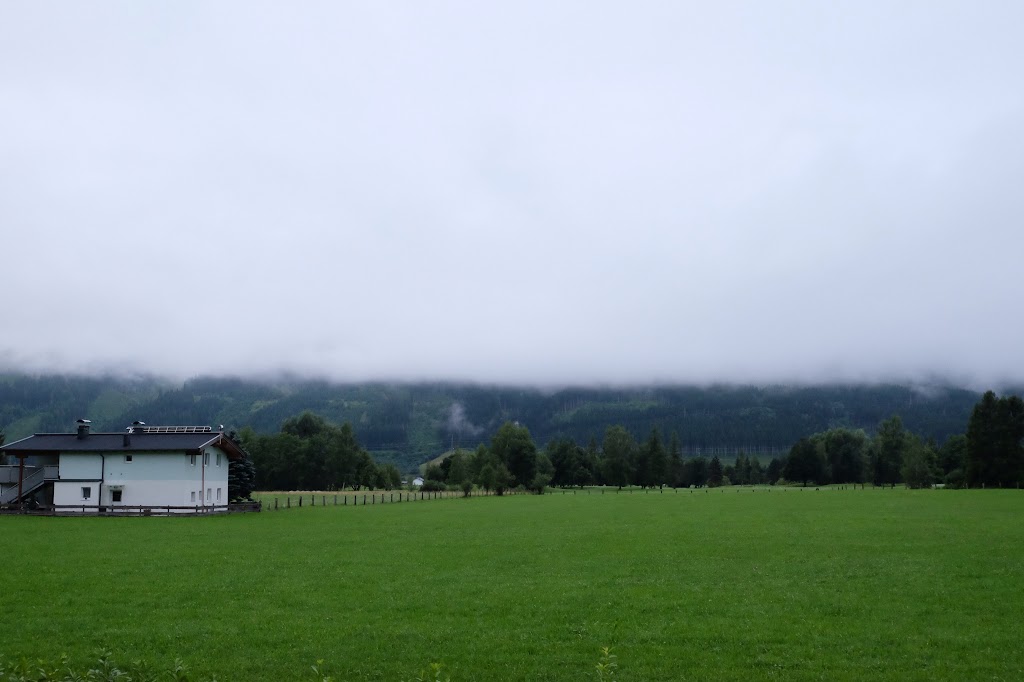 The next landmark after Mittersill was Kittsbuhl. Unfortunately, it was on the other side of the mountain over a pass. The weather had not changed and the clouds were still hanging out. Within five minutes I was riding in the cloud and visibility was down to 50 meters at best. It was totally reminiscent of riding across Widdop Moor in the rain. Fortunately, within a kilometer of passing the top of the pass, I was out of the clouds and into the sunshine. From Kittsbuhl, I quickly picked up the motorway to Innsbruck and then transitioned to one of the major east-west A-roads. A quick pit-stop for fuel, breakfast, coffee and the toilet was in order. It only took me to the last day to figure out the routine. Pay your 50¢ for the toilet, pick up your voucher as you enter, get your food and redeem the voucher. It makes for such nice and clean toilets. The only place I stopped without this system had the dirtiest restroom of the whole trip with one usable urinal.

The next few hours were pretty uneventful, long mountain valleys and long tunnels. It got interesting around St Anton am Arlberg. The tunnel through the mountain was closed necessitating a detour over the pass. As I got off the highway there was a cop chatting with most people ahead of me. I thought he was being nice and giving instructions about the detour. The two bikers and a car immediately ahead of me he waved through without stopping. I figured I would get the same treatment but he jumped out and stopped me. Thanks to Ibbo, I was okay. I had bought a vigneta when getting gas the previous day. He looked at my tank bag and waved me on. On a day when the tunnel is open, the pass would be wonderful. Today, it was just crawling with slow traffic on both sides.

My next target was St Gallen across into Switzerland. I was doing well until missed the exit for a transfer road between highways. I stopped, plugged St Gallen into the GPS and started following it. It was taking me in the generally right direction but on tiny little roads. Thinking it through, I had set it up to avoid highways and toll roads. I stopped and reset the avoid parameters and got back on track crossing the border into Switzerland at St Margrethen. That put me back on the motorway and from here into Thun it was all grind. Pick out the next major city, look at the distance calculate when I would be there approximately; rinse and repeat. Throw in another couple of pit stops and I was back in Thun at three thirty or so after running through the rain for the last 20 kilometers. 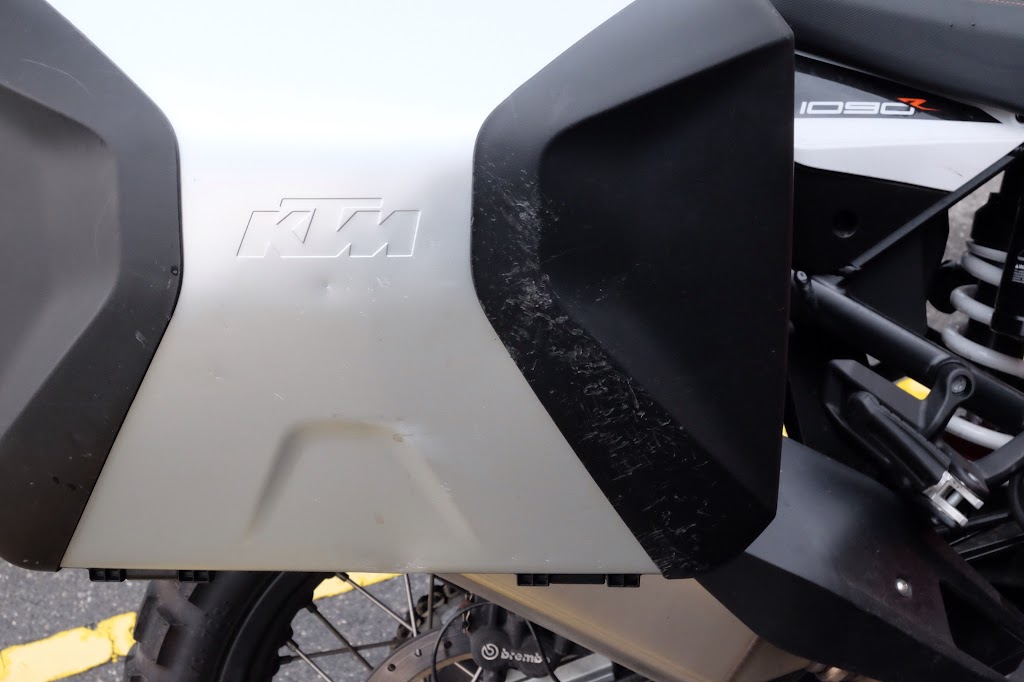 Apparently this bike is now unrentable because of a few scratches

This was the start of the fun. I had to negotiate the damage caused when the bike fell over. They took it too me with Germanic precision. I am now the unfortunate owner of KTM side cases and brake guards. I just have to figure out how to get them home. I fortunately do not own the engine guards. 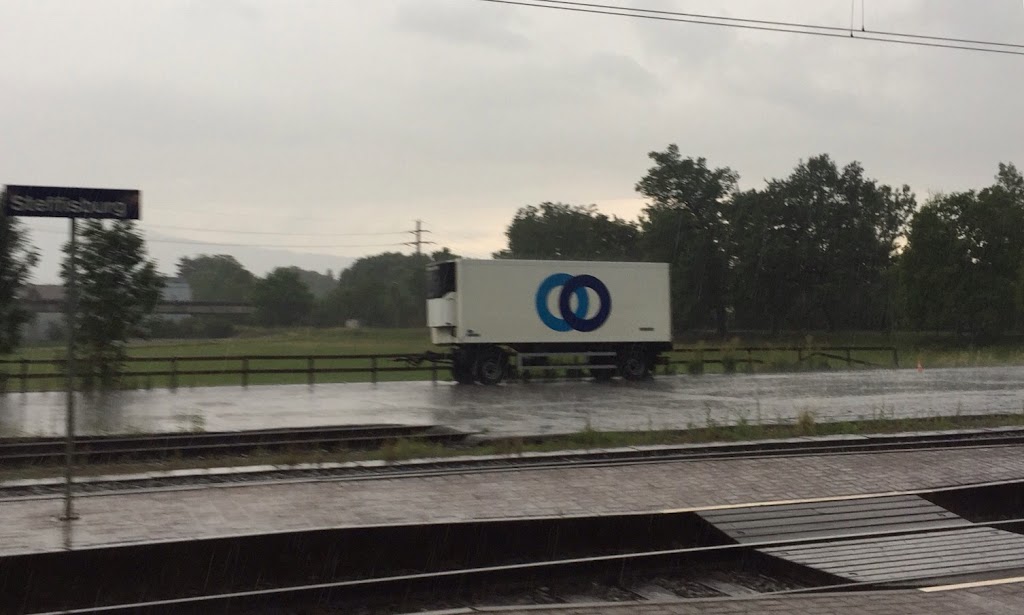 The skies opened at the Steffisburg train station

As I was about to leave motorcycle store, the skies opened up with a tremendous hailstorm. I must admit, I peevishly hoped for a Denver style storm that pinged a few motorcycles after my latest purchase. It continued to pelt down until late into the night when I was safely tucked up in my hotel bed. 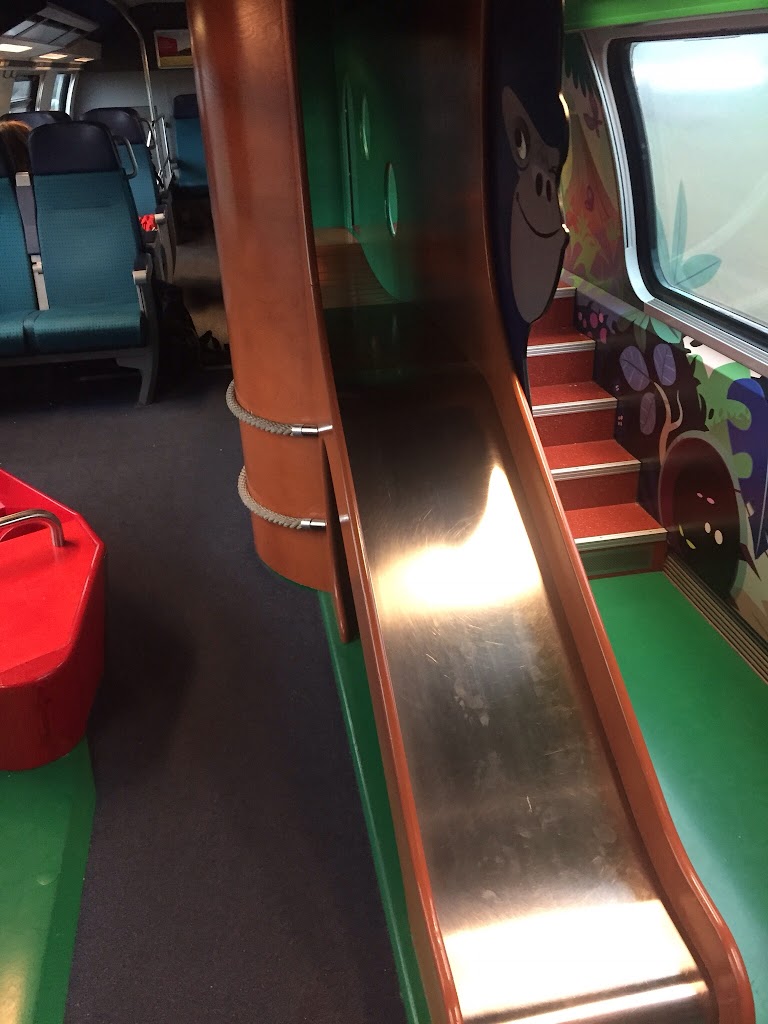 A great little play area for children on the intercity train

I was amazed when I went off to find the toilet on the train to Zurich. I came a cross a kids play area in the middle of the upstairs section. This put a smile on my face. The guy in the seat opposite made my eyes water literally. He was a climber and must have spent days in the backwoods away from showers. I was probably not the sweetest smelling rose but I knew I was not that bad when an old couple waved their hands in front of their noses and raised their eyebrows when he got off the train. 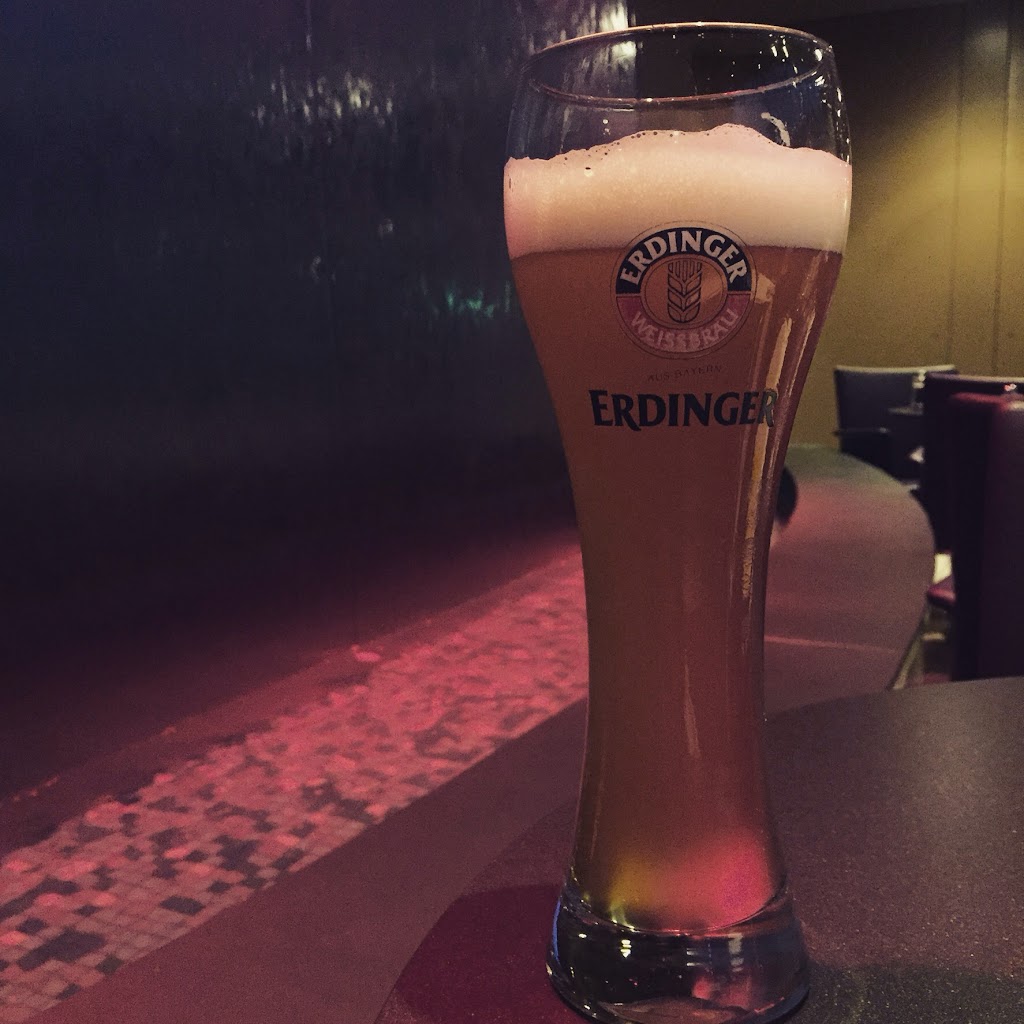 A solo beer to close out a long day of riding

It took me a while to figure out the way to the hotel. I could not find the sign for the hotel shuttles which meant I had to call the hotel. After check-in at the hotel I got my gear packed trying my best to get a good estimate on 20 kilograms. Then, it was a solo dinner in the hotel restaurant a quick call home. I jumped in bed and crashed. It is amazing how well you can sleep when you are in a real bed with, knowing this is a pot and kettle situation, no one nearby snoring.